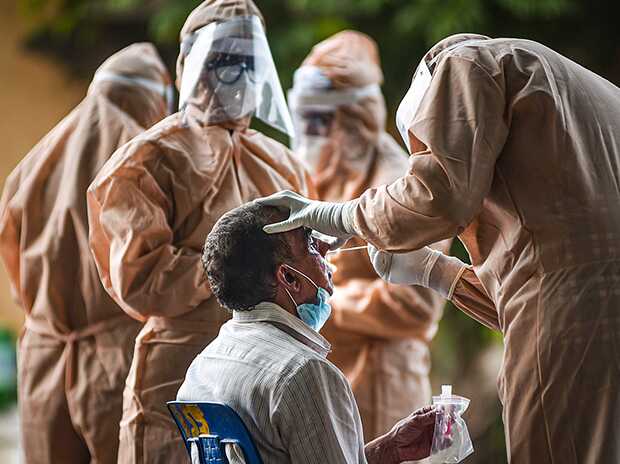 At least 108 new positive cases were reported COVID positive in the state in 24 hours according to the state health bulletin.

Among the infected include 19 patients from Rangpo, 33 from Chanatar, 37 from Mamring, 1 from Rongli and Timburbong each, 5 from ITBP, Sang and 3 from Singtam.

One of the cases from Singtam is that of an electrician working at the Singtam District Hospital, which has put patients and employees working there at risk of contracting the disease. Contact tracing of all those people who came in touch with him is underway.

All the newly positively tested patients from Rangpo and Chanatar have been taken to quarantine centres at the Himalayan Pharmacy Boy’s Hostel in the East Sikkim district, while patients from Mamring have been shifted to the Sikkim State Cooperative Union for treatment.

With this, the total number of positive cases has risen to 420 with 319 active cases and 112 discharged.

The Sikkim cabinet had recently decided to go for a complete shut down for about a week from 21st till 27th of July following the rising trends in the number of positive cases.

As cases show an alarming rise in the state which contracted the virus last, the extent to which the only one COVID19 hospital of Sikkim, the STNM hospital will be able to contribute in fighting the disease and provide the proper infrastructure required, remains a matter of concern, as the government has not yet decided upon another COVID hospital in the state.