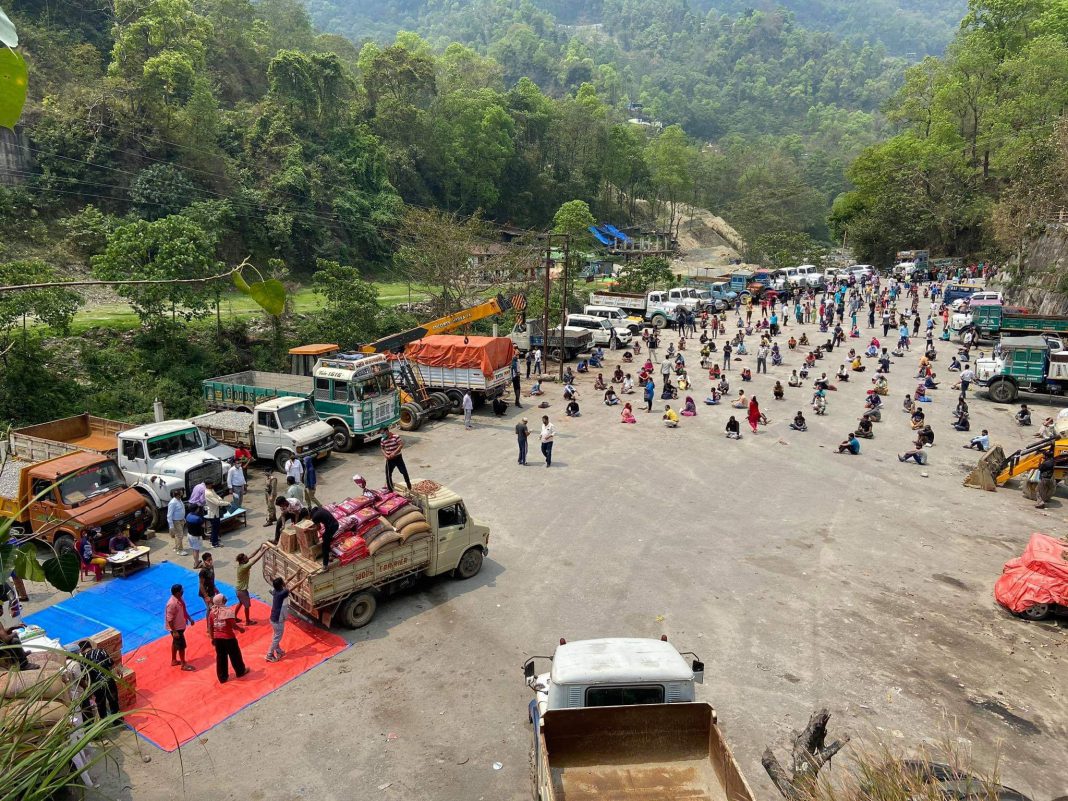 Sikkim, July 22: As the number of Covid-19 positive cases are on an alarming spike in Sikkim, complaints of local authorities not reaching out for help are coming from places across Sikkim.

In East Sikkim’s Duga village, locals have been putting out such allegations against local authorities.

“Sikkim authorities is not being able to provide ambulances and other support and we are managing vehicles on our own to take primary contacts for test”,  said Bharat Kumar Chettri, member of panchayat Member of the Cheuribotey ward in the village.

As the total number of cases has reached 14 in the area, it seems that authorities are finding it a challenge to meet the demands of the needy and trace down the primary and secondary contacts of coronavirus infected patients.

“Till now as many as 14 patients have been reported positive from the area and as per the rule the concerned authority is supposed to trace the primary contacts and send ambulances but no action is being taken. So we are disappointed.”, shared Bharat Kumar Chettri. So it seems that all is not well in Duga, and health authorities are failing to reach out to the common man in the hour of need.

Locals further informed that most of the cases reported from Duga are those of workers of an alcohol manufacturing company named Sikkim Distilleries residing in the area.

They have also demanded proper sanitisation in the village, deployment of police and healthcare services, ambulances and to declare the area as a containment zone.