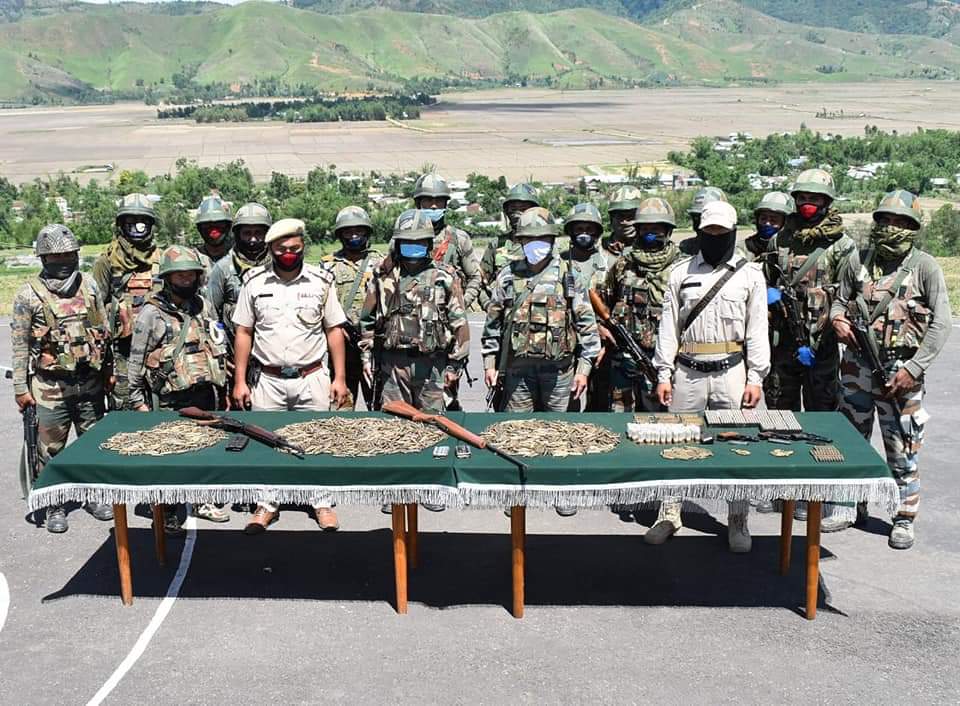 Based on intelligence input, the troops of Assam Rifles and Tengnoupal district police had jointly launched an operation at Karongthel Khunou area and recovered the arms and ammunition which were kept hidden in the area. 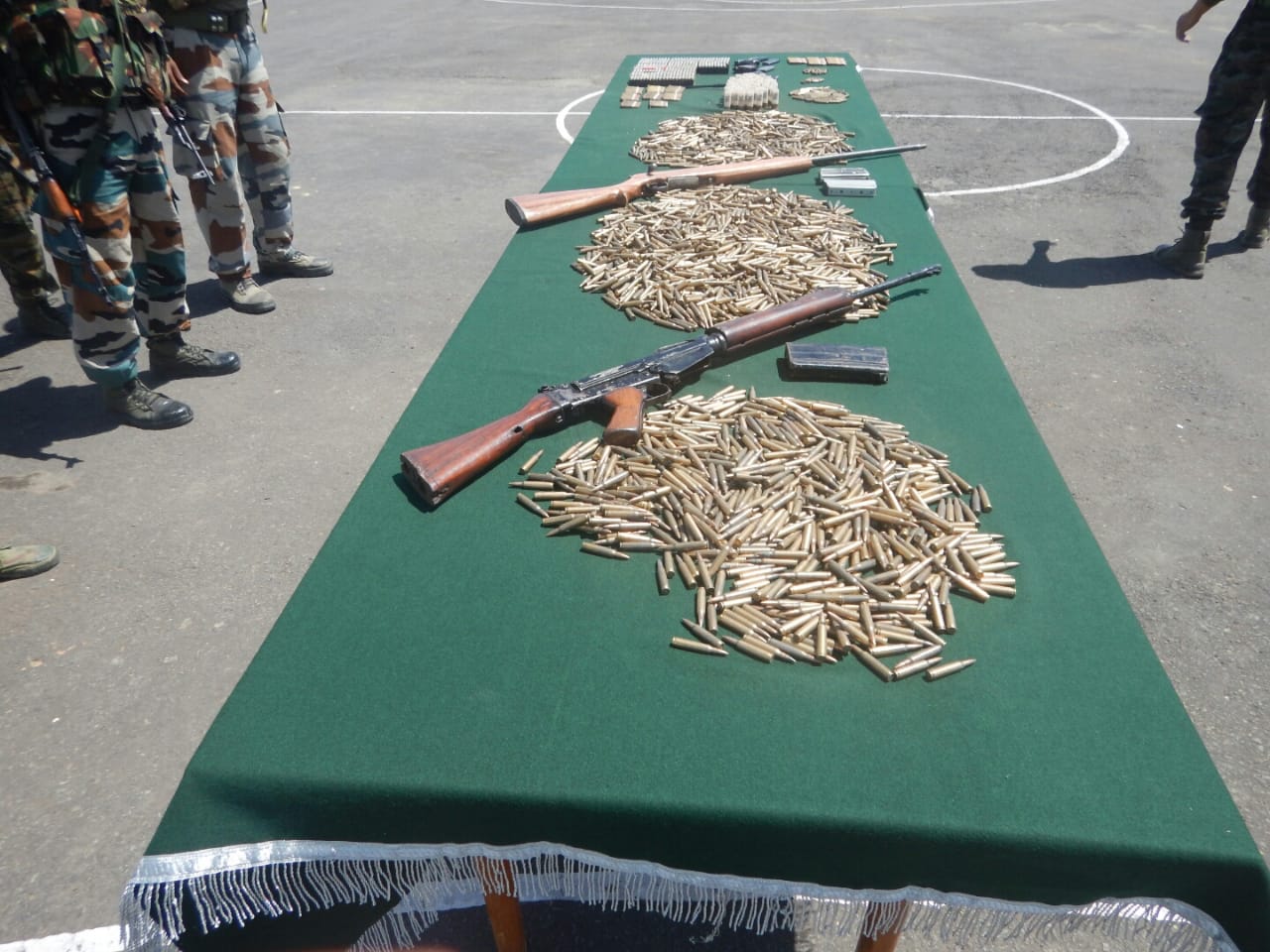 Superintendent of Police of Tengnoupal district Th. Vikramjit Singh said that the operation was launched on Wednesday and recovered huge cache of arms and ammunition from the area. 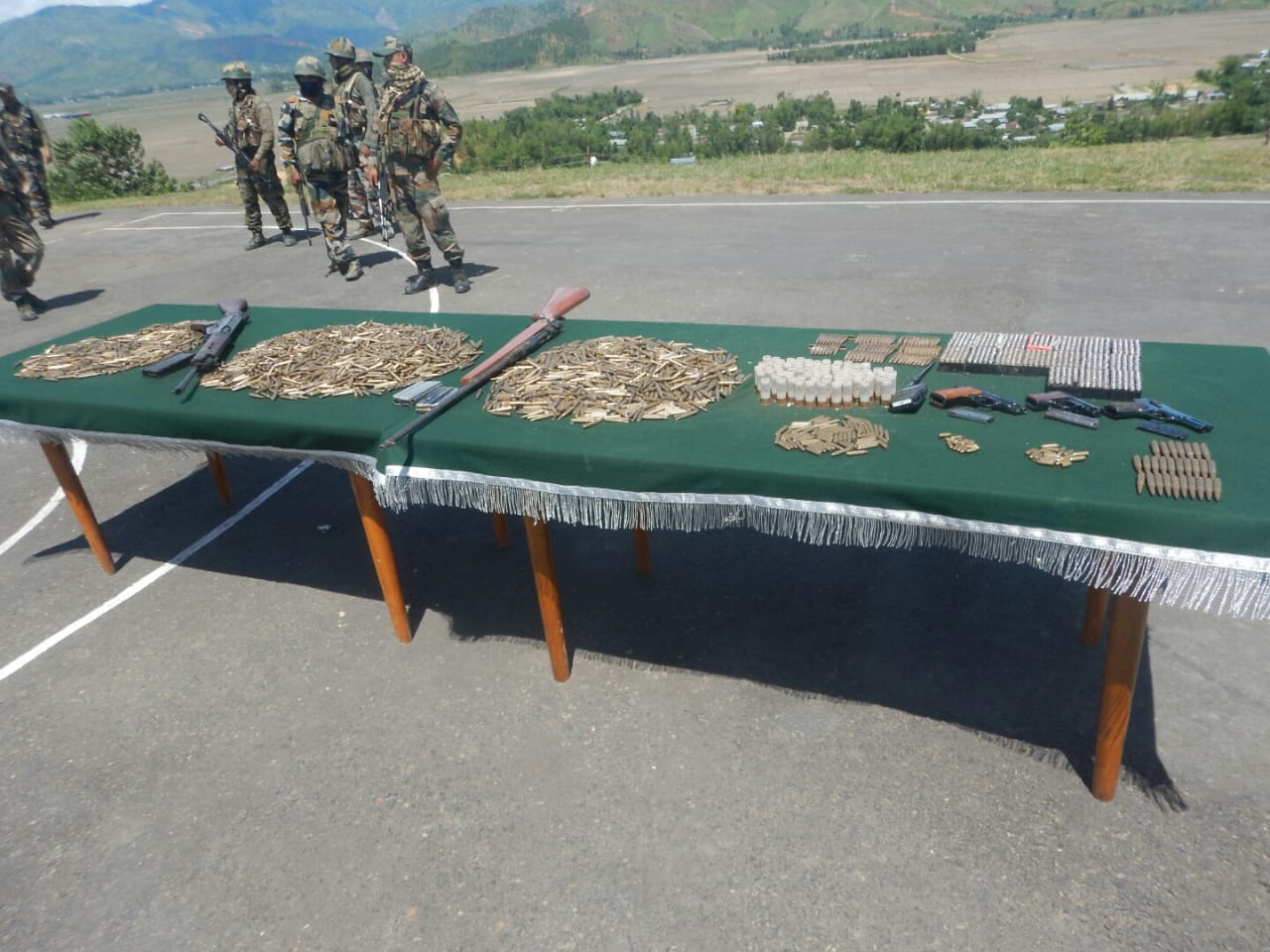 The seized arms and ammunition were handed over to Tengnoupal police station for further legal action.