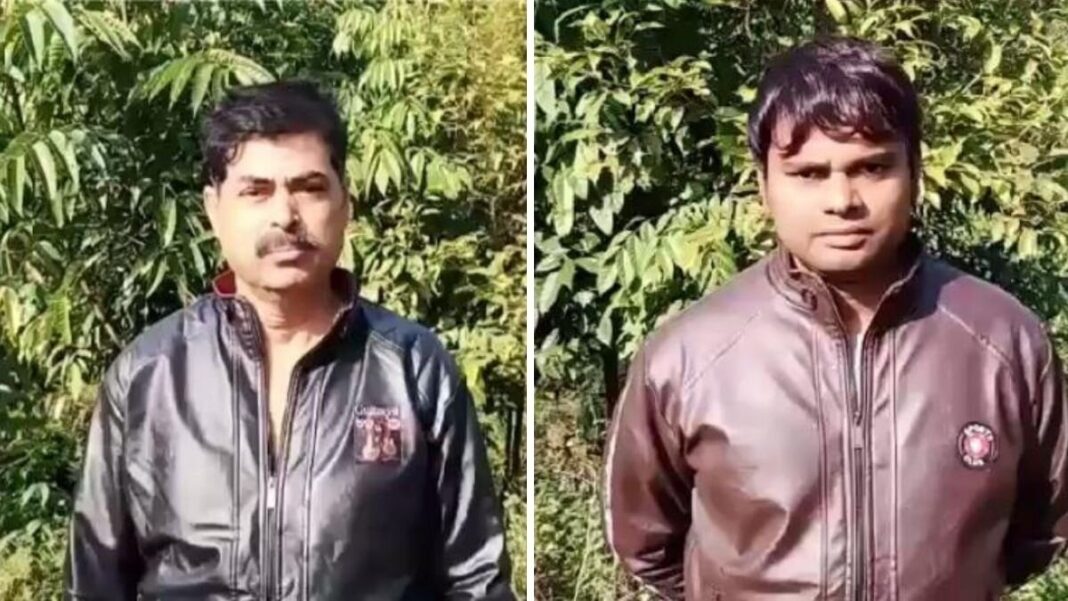 Arunachal Pradesh, Jan 21: Two employees of an oil drilling company abducted in Arunachal Pradesh a month ago have appealed to Chief Ministers of Assam and Bihar to secure their release from insurgent outfits.

The appeals were made by the employees of Quippo Oil and Gas Infrastructure Limited, a Delhi-based company, in a video reportedly released by the banned United Liberation Front of Asom-Independent (ULFA-I).

Pranab Kumar Gogoi, a drilling superintendent, and Ram Kumar, a radio operator were abducted by a group of miscreants on December 21 from the company’s drilling location in Diyun in Arunachal Pradesh’s Changlang district.

Gogoi is a resident of Sivasagar district in Assam while Kumar hails from Khagaria district in Bihar. The company operates oil and gas drilling sites in Assam and Arunachal Pradesh.

In the video, Kumar and Gogoi stated that they had been abducted by ULFA-I and Isak-Muivah faction of the National Socialist Council of Nagaland (NSCN-IM) and appealed to Assam Chief Minister Sarbananda Sonowal and Bihar Chief Minister Nitish Kumar to get them released.

“I have been abducted by NSCN-IM and ULFA-I due to their issues with my company and held hostage for a month. I appeal to Chief Minister Nitish Kumar to talk with Assam CM and ensure my release,” Kumar says in the video.

“Even after a month of our abduction, our company hasn’t initiated any measures to secure our release. I request the company to talk to both ULFA-I and NSCN-IM for my release. I appeal to Chief Minister Sarbananda Sonowal to save the life of a fellow Assamese,” Gogoi said in Assamese.

Mihin Gambo Superintendent of police of Changlang district informed us that both the police and army have been deployed and our efforts are on and we are hopeful that we will make a breakthrough soon to secure the release of both the employees.

National Socialist Council of Nagaland NSCN (K) and United Liberation Front of Assam (Independent) have claimed responsibility for abducting two officials of Quippo Oil and Gas Infrastructure Limited on December 21 from a drilling site at Khumchai Hka, near Innao village under Diyun circle in Changlang district of Arunachal Pradesh. They demanded a ransom of Rs. 20 crores for their safe release.

When asked, Keshap Baruah said that he never received any threat from any organization nor any rebel group demanded money during his shift duty in the plant.

Baruah also admitted that the plant does not have CCTV surveillance cameras nor security personnel to man the entry or exit points of the plant.

Chief Minister Pema Khandu informed that search operation is on and directions are given to the army in coordination with state Police for the rescue of both the employees safely.

On January 12, ULFA-I commander-in-chief Paresh Baruah had admitted to abducting the two employees and told local TV channels in Assam that Kumar, who hails from Bihar, would become a ‘victim’ if the company did not pay the outfit its ‘due share’ for extracting natural resources from Assam and rest of northeast region.

Baruah added that Gogoi who is an Assamese will not be harmed.