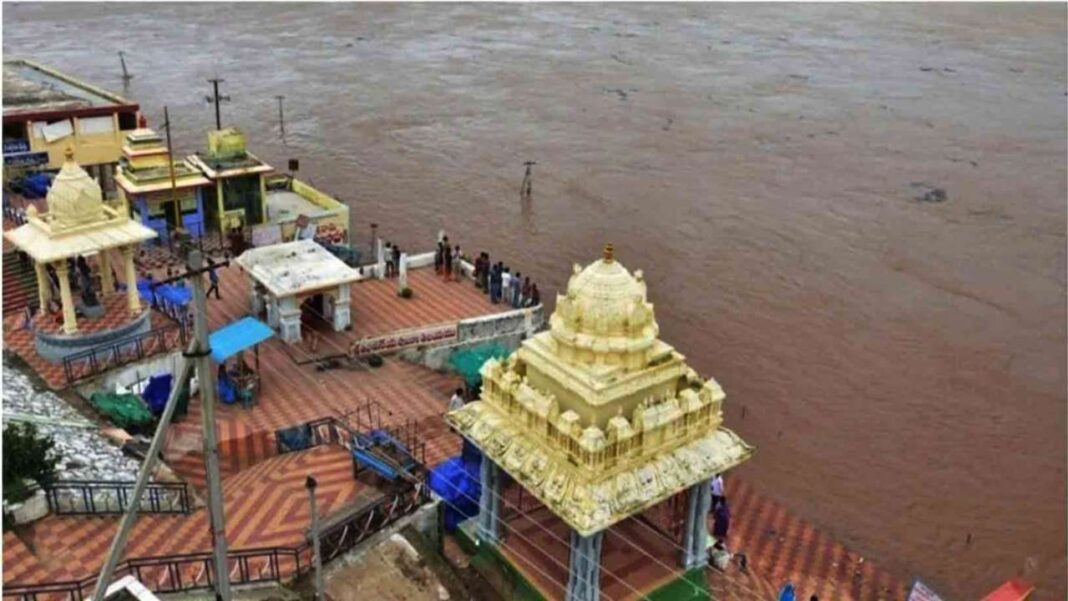 After 6 years, this is the third time that people are receiving this warning. According to the Central Water Commission (CWC) officials, the water would have crossed the 57 ft. mark by night. Taking that into consideration, 30 families of Kotha Colony were shifted by the Commission to relief and rehabilitation camp set up at Nannapaneni High School.

The overflow had poured over several parts of the state.

Several roads including the National Highway-163 had been blocked, thus affecting regular transportation of people.

Collector, S. Krishna Aditya and S.P. Sangramsingh G Patil are monitoring the rescue operations in Agency areas. Since water levels were likely to rise further, the tribals are being shifted for their safety. The Collector said that the river had crossed the second-warning level for flood in Andhra Pradesh, so around 3000 people were being shifted from Agency hamlets to other areas.