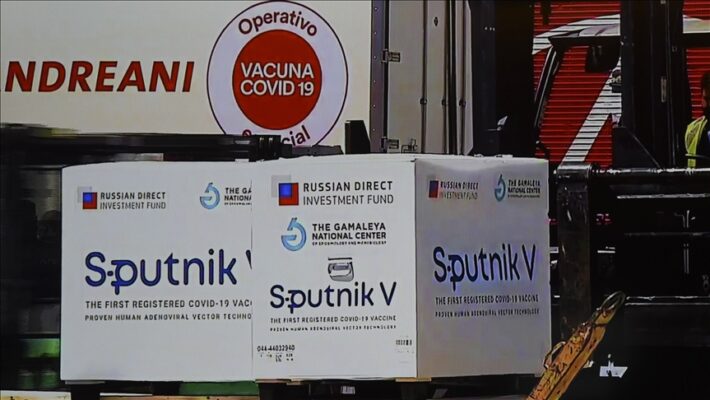 Russia, Feb 2: Russia’s Sputnik V vaccine was 91.6% effective in preventing people from developing COVID-19, according to peer-reviewed results from its late-stage clinical trial published in The Lancent international medical journal on Tuesday.

Scientists said the Phase III trial results meant the world had another effective weapon to fight the deadly pandemic and justified to some extent Moscow’s decision to roll out the vaccine before final data had been released.

The results, collated by the Gamaleya Institute in Moscow that developed and tested the vaccine, were in line with efficacy data reported at earlier stages of the trial, which has been running in Moscow since September.

“The development of the Sputnik V vaccine has been criticized for unseemly haste, corner-cutting, and an absence of transparency,” Professor Ian Jones of the University of Reading and Professor Polly Roy, of the London School of Hygiene & Tropical Medicine said in a comment shared by The Lancet.

“But the outcome reported here is clear and the scientific principle of vaccination is demonstrated,” said the scientists, who were not involved in the study. “Another vaccine can now join the fight to reduce the incidence of COVID-19.”

The results were based on data from 19,866 volunteers, of whom a quarter received a placebo, the researchers, led by the Gamaleya Institute’s Denis Logunov, said in The Lancet.

Since the trial in Moscow began, there were 16 recorded cases of symptomatic COVID-19 among people who received the vaccine, and 62 among the placebo group, the scientists said.

This showed that a two-dose regimen of the vaccine – two shots based on two different adenovirus vectors administered 21 days apart – was 91.6% effective against symptomatic COVID-19.

Russia approved the vaccine in August, before the large-scale trial had begun, saying it was the first country to do so for a COVID-19 shot. It named it Sputnik V, in homage to the world’s first satellite, launched by the Soviet Union.

Small numbers of frontline health workers began receiving it soon after and a large-scale roll-out started in December, though access was limited to those in specific professions, such as teachers, medical workers and journalists.

In January, the vaccine was offered to all Russians.

“Russia was right all along,” Kirill Dmitriev, head of the Russian Direct Investment Fund (RDIF), which is responsible for marketing the vaccine abroad told reporters ahead of the publication of the results on Tuesday.

He said they supported Russia’s decision to begin administering Sputnik V to frontline workers while the trial was still underway, and suggested skepticism of such moves was politically motivated.

“The Lancet did very unbiased work despite some of the political pressures that may have been out there,” he said.

The number of people vaccinated in Russia has remained low so far. Authorities have pointed to some early issues with scaling up production, while polls have shown low demand among Russians for the vaccine.

Russia has already shared data from its Phase III trial with regulators in several countries and has begun the process of submitting it to the European Medicines Agency (EMA) for approval in the European Union, Dmitriev said.

The data release comes as Europe scrambles to secure enough shots for its 450 million citizens due to production cuts by AstraZeneca and Pfizer while the U.S. roll-out has been hampered by the need to store shots in ultra-cold freezers and uneven planning across states.

There were 2,144 volunteers over 60 in the trial and the shot was shown to be 91.8% effective when tested on this older group, with no serious side-effects reported that could be associated with Sputnik V, The Lancet summary said.

The vaccine was also found to be 100% effective against moderate or severe COVID-19, as there were no such cases among the group of 78 participants who were infected and symptomatic at 21 days after the first shot was administered.

Four deaths of participants occurred, but none was considered associated with vaccination, The Lancet said.

“The efficacy looks good, including in the over 60s,” said Danny Altmann, a professor of immunology at Imperial College London. “It’s good to have another addition to the global arsenal.”

The authors of the study noted that because COVID-19 cases were only detected when participants reported symptoms, further research is needed to understand Sputnik V’s efficacy on asymptomatic cases and transmission.

Sputnik V has been approved by 15 countries, including Argentina, Hungary, and the United Arab Emirates, and this will to 25 by the end of next week, the RDIF’s Dmitriev said.

Also Read: Everything you want to know about COVID19 Vaccine officially: Explainers

However, large shipments of the shot have only been sent so far to Argentina, which has received enough doses to vaccinate about 500,000 people, and Bolivia, which received 20,000 shots.

Production for export will primarily be conducted by RDIF’s manufacturing partners abroad, the fund has said.

On Tuesday, Dmitriev said that production had begun in India and South Korea, and would launch in China this month. Trial doses have also been produced by a manufacturer in Brazil.

Russia is also conducting a small-scale clinical trial of a one-dose version of the Sputnik V vaccine, which developers expect to have an efficacy rate of 73% to 85%.