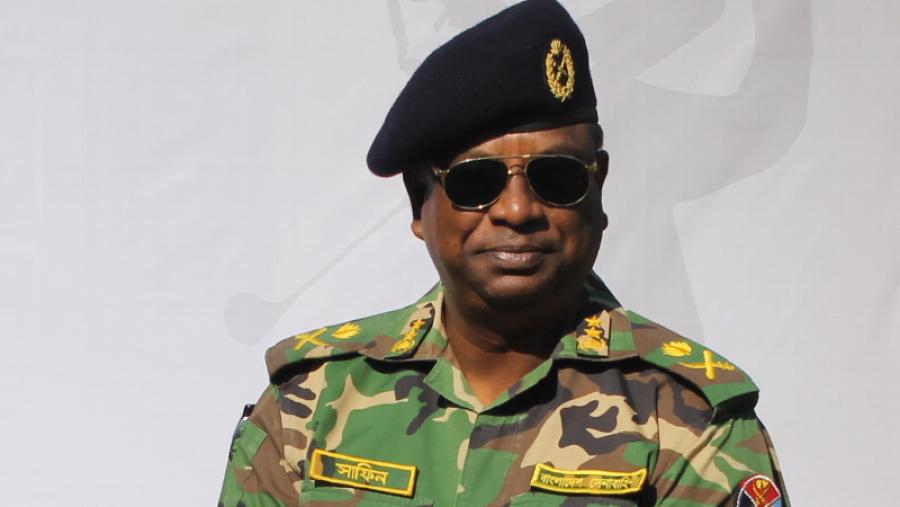 Guwahati, Dec 26: Border Guard Bangladesh (BGB) Director-General Shafeenul Islam who was in Guwahati for the five-day meeting with his Border Security Force (BSF) counterpart Rakesh Asthana said the problem of Rohingya refugees will remain in India unless they return to Myanmar.

“Rohingya people are the Muslims who not only found in India but they are speeded across the world including Thailand, Indonesia and Malaysia etc,” Director General Shafeenul Islam said.

The problem of Rohingya Muslim refugee would be solved when they go back to their country, Myanmar, at the earliest otherwise the problem would remain for India and other countries, he added.

“We are regularly nabbing the Rohingyas at the border, escaping from the Cox’s Bazar camps. There are settlements as well who also have UNHCR cards. They always try to get inside the country to meet their relatives in the Bangladesh camps,” Islam said.

Asthana said that Rohingyas are being occasionally caught in different parts of the country by the state security forces.

“Both BSF and BGB are committed to stopping their infiltration and exfiltration and we are taking action not only against the Rohingyas, but also against all illegal trespassers,” the BSF chief said.

Border Coordination Conference (BCC) BSF chief Asthana led the 12-member delegation while the 11-member BGB team was headed by Islam. DG level meeting or the BCC between the BSF and BGB was held first time outside the national capital.

Rohingyas from refugee camps in southeastern Bangladesh often enter the northeastern states of India illegally in a search of jobs or get trapped in human trafficking.

According to the security officials, at least 35 Rohingya Muslims from Myanmar, including women and children, have been detained in the past one month for illegally entering into Northeast India.