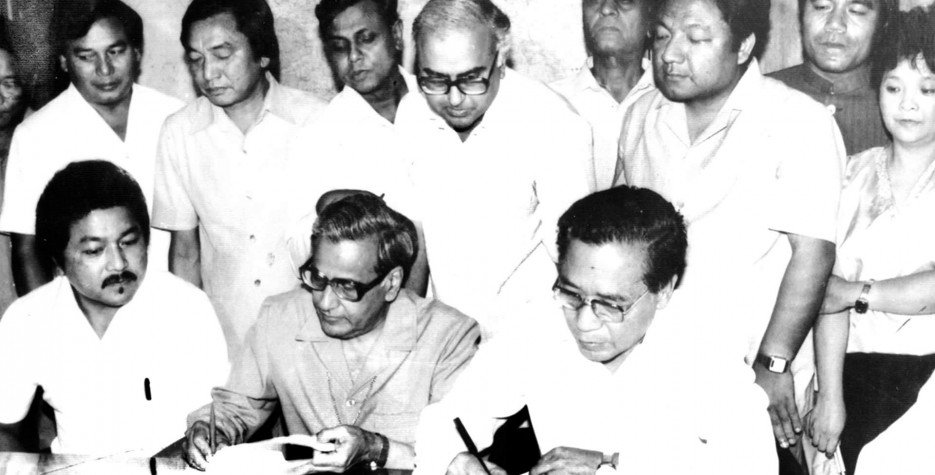 Remna Ni dates back to 1986 when the Mizoram Peace Accord was signed between the Mizo National Front (MNF) and the then Central government, led by Rajiv Gandhi as the Prime Minister, which brought an end to insurgency and underground violent activities in the state.

After years of growing discontentment with the Assam government over its lack of relief measures during the famine of 1959, declaring Assamese as the official language of the state via the Act of 1961 and inadequate representation in the Assam Legislature, the MNF was formed with Laldenga as its chief. It began to carry out insurgency and underground violent activities in the area. Forming a military wing, it received arms and ammunitions from East Pakistan (present Bangladesh) and China.

Soon after in 1966, the MNF proclaimed independence from the Indian government and launched military insurgency on the armed forces and civilians. The Indian army countered and in a short period the uprising was crushed and normalcy restored.

Almost a decade later, in 1973, as is rightly recounted in “India since Independence” Mizo leaders scaled down their demands and Mizoram was given the status of a Union Territory after separating it from Assam.

But this did not stop the violence, which gained strength in the late 70s.

Finally, on 30th June, 1986, the Mizo Accord was signed between Centre and the state, in which the Mizo leaders agreed to abandon violence in the state and ‘re-enter the constitutional political stream‘.

Since, then this day is observed as a public state holiday. And peace has prevailed in the state since then.

One of the most historic and successful Peace Accord ever signed, The #MizoramPeaceAccord 1986 was signed 34 years ago today.
Peace has come a long way for the Mizos.
Saluting and congratulating everyone on this ‘Remna Ni’#Peace