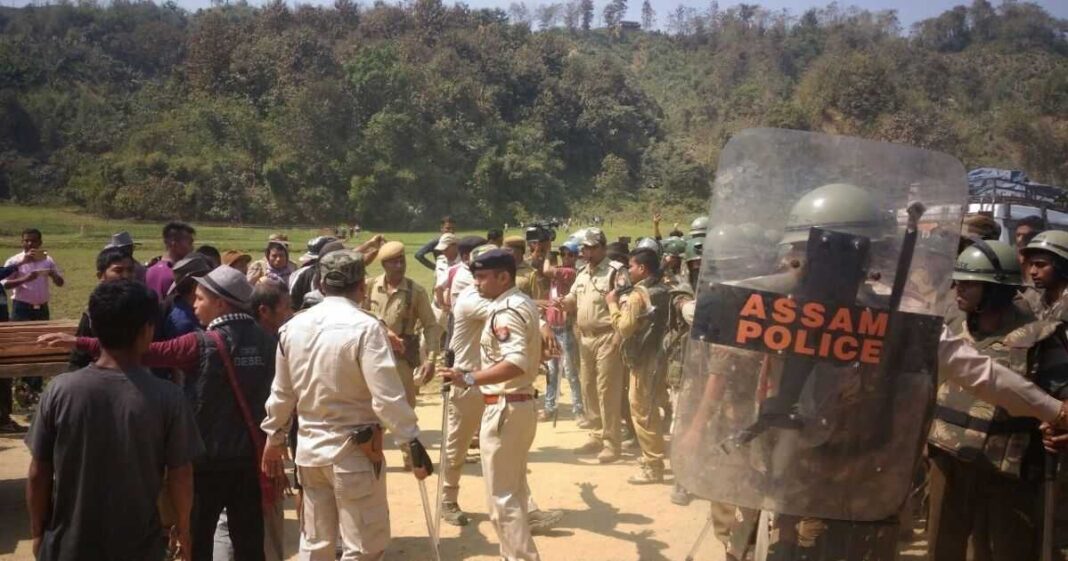 Mizoram, 18th October: An alleged ravaging of Mizoram duty post in Saihapuia by villagers of Lailapur in Assam’s Cachar district has led to tensions at the Assam Mizoram border.

According to sources, tensions arose when around 250 commoners from Lailapur accompanied by several troops from Assam destroyed the Mizoram IR Duty post at Saihapuia on Saturday.

This is the second such incident to have occurred at the border area in the recent few days.

Earlier, another incident of a farmhouse being torched and plantations destroyed allegedly by the Karimganj district administration of Assam in Mizoram’s Mamit district along the inter-state border has led to quite a furore in the area.

A Mizoram Police Official has informed that talks between Assam and Mizoram police on the recent violence have been held on Saturday evening itself.

“The meeting took the incident seriously and considered it as a grave insult and impudent contempt to the people of Mizoram,” he said.

A long history of the Assam-Mizoram border dispute continues to remain unresolved till date even after multiple levels of talks held over the years since 1995.

The Mizoram districts of Kolasib, Aizawl and Mamit share a border of 123km length with south Assam’s Cachar, Hailakandi and Karimganj districts.

The last major border stand-off took place in March 2018 near Bairabi town in Assam’s Kolasib district along the Mizoram-Assam border when the functionaries of the Mizo Zirlai Pawl, a multinational student’s body in Mizoram, attempted to re-construct a wooden resting shed. It was destroyed by the Hailaikandi district administration leading to border tensions in the area.

More than 60 people, mostly students were injured reportedly, when Assam police resorted to lathi-charge and gunfire to disperse the crowd of protesting students.

The border dispute, however, was put under control with the intervention of the Centre, which had then asked both the Mizoram and Assam governments to maintain a status quo till issues are resolved.