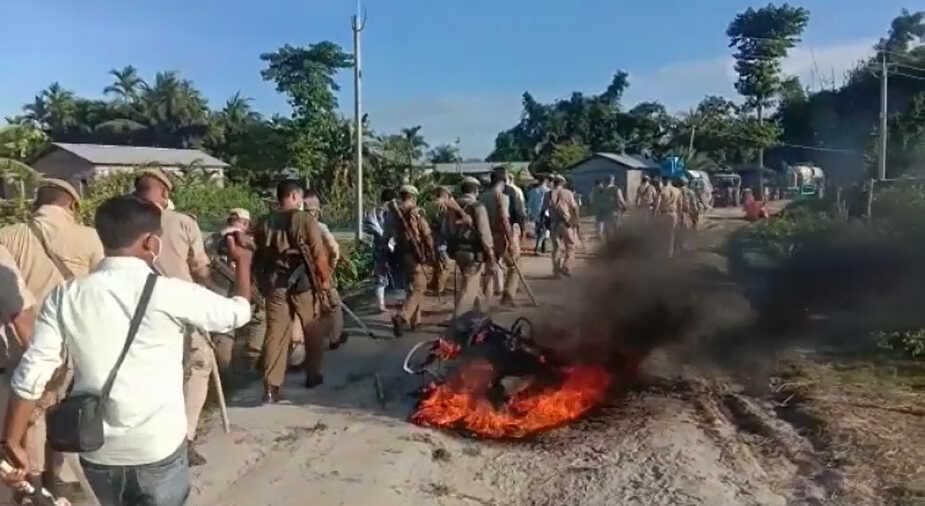 Sonitpur district Deputy Commissioner (DC) Manavendra Pratap Singh has imposed curfew in many parts of the district following the incident.

At least 14 people were injured and several vehicles damaged in a clash between two communities in Sonitpur district on Wednesday while the Bajrang Dal activists had organized a bike rally to celebrate the Bhoomi Pujan of Ram Mandir as Prime Minister laid the foundation stone of Ram Mandir in Ayodhya.

The incident took place at Teliagaon area near Dhekiajuli in Sonitpur district. 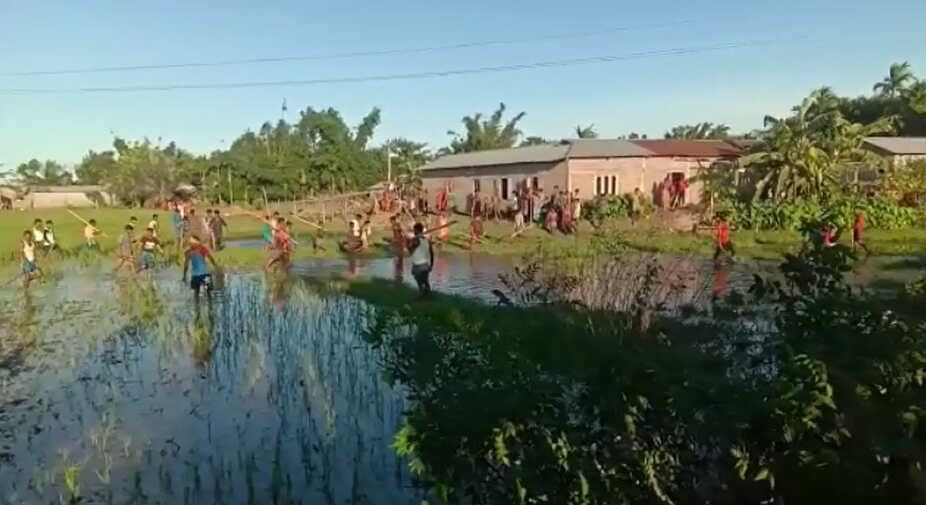 According to the reports, to celebrate the foundation stone laying ceremony of Ram Mandir, a large number of bikers of Bajrang Dal were heading to a Shiva Temple at Bhora Singori area under Thelamara police station and the bikers playing loud music and shouting slogans of Shree Ram.

When the bikers reached at Teliagaon area, some locals objected the bikers group for playing loud music and asked the group to why the rally organized when the entire country is fighting against COVID-19 pandemic.

Both locals and Bajrang Dal activists were engaged in arguments and it turned violent.

The locals had burnt several motorcycles and four-wheelers and both groups attacked each other.

Some miscreants had also attacked a vehicle of the Deputy Commissioner convoy.

To control the situation, Sonitpur district police had fired several rounds of bullets in the air and additional forces have been deployed in the area.

Meanwhile, police have detained two persons in connection with the incident.