Directs all organisations to redouble efforts in assisting civilian authorities

Raksha Mantri appreciated the efforts being made by various Services, organisations and DPSUs in terms of evacuation, provision of health care in quarantine facilities and research & production of medical equipment such as sanitizers, facemasks and Personal Protective Equipment (PPE). He directed all the organisations to redouble their efforts and work in close coordination with other ministries/organisations of Central Government in this crucial time.

Chief of Defence Staff General Bipin Rawat informed Shri Rajnath Singh that separate hospitals have been identified to exclusively deal with COVID-19 and more than 9,000 hospital beds have been made available. Over 1,000 evacuees are quarantined at facilities in Jaisalmer, Jodhpur, Chennai, Manesar, Hindan and Mumbai. Their quarantine period will end by April 7, 2020. 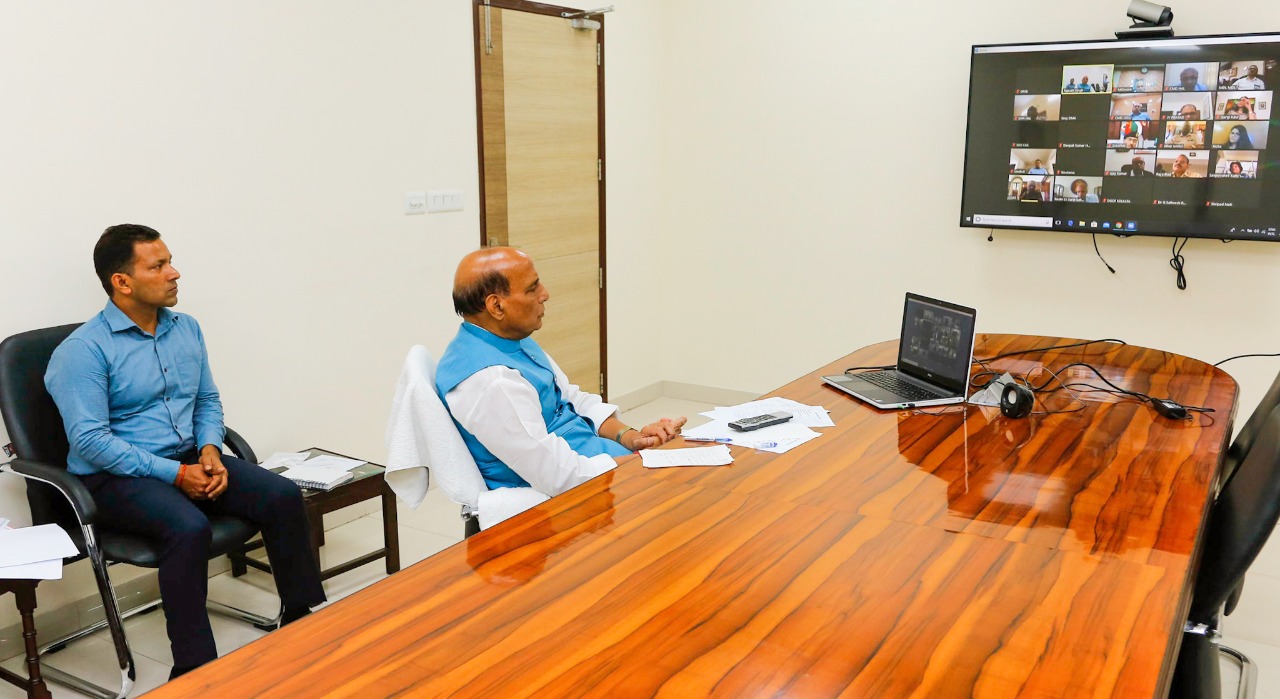 Chief of Naval Staff Admiral Karambir Singh informed Raksha Mantri that naval ships are on standby to extend any required assistance. He said, the Navy is also extending assistance as required by local civilian administration.

Chief of Army Staff General M M Naravane informed Raksha Mantri that more than 8,500 doctors and support staff are available to extend necessary assistance to civilian administration. Referring to Shri Rajnath Singh’s direction that help should be provided to neighbouring countries, he said assistance to Nepal in the form of medical equipment will be delivered shortly.

Secretary Department of Defence R&D and Chairman DRDO Dr G Satheesh Reddy informed Shri Rajnath Singh that 50,000 litres of sanitizers made by DRDO labs were supplied to various security entities, including Delhi Police and another one lakh litres were supplied all over the country. He said, a five-layered nano technology face mask N99 are being made on war footing. 10,000 have already been made and soon per day production will be extended to 20,000. DRDO labs have also supplied 40,000 other face masks to Delhi Police. DRDO Secretary being a member of the empowered Group of Secretaries is coordinating closely with Ministry of Health and Family Welfare regarding the requirement of medical equipment. Another DRDO laboratory has also made arrangements to make 20,000 PPE per day. DRDO is also engaged in minor modification of ventilators so that one machine can support four patients at the same time. 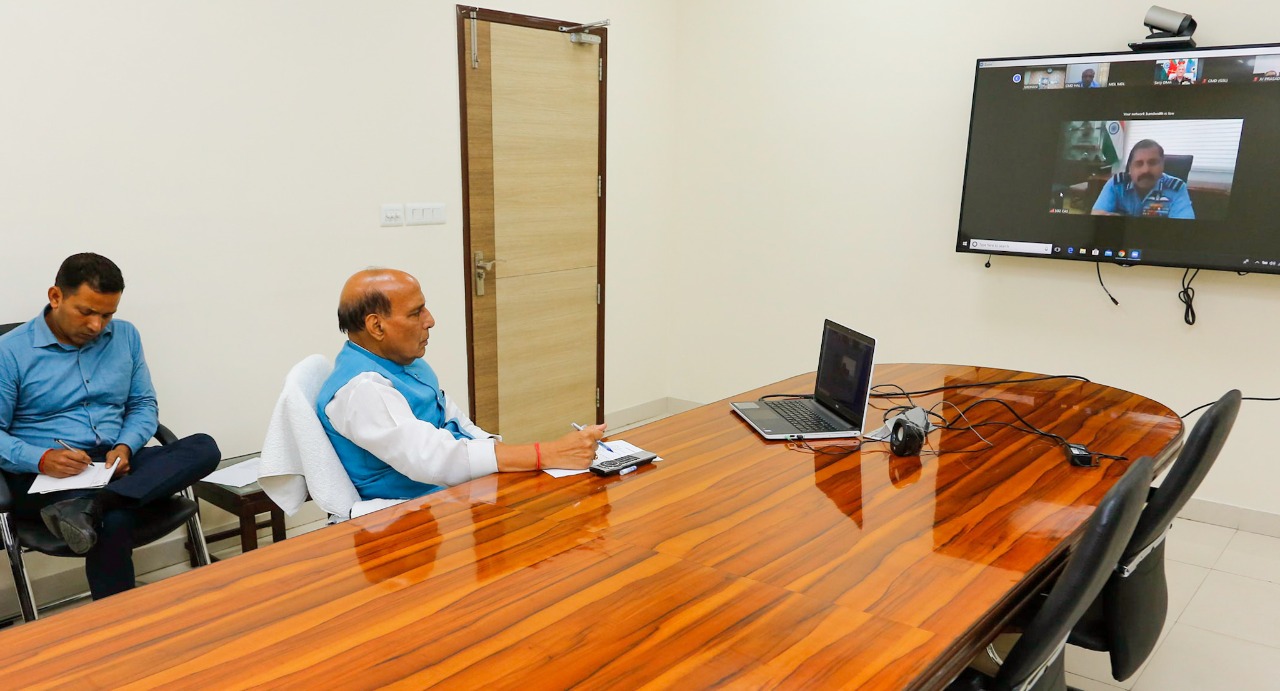 Various DPSUs such as Hindustan Aeronautics Limited (HAL), Bharat Electronics Limited (BEL), Mishra Dhatu Nigam Limited (MIDHANI), Bharat Dynamics Limited (BDL), Bharat Earth Movers Limited (BEML), Hindustan Shipyard Limited (HSL) and Goa Shipyard Limited (GSL) have contributed 40 crores of their corporate social responsibility (CSR) funds to Prime Minister’s Citizen Assistance and Relief in Emergency Situations (PM-CARES) fund. In addition, they have also contributed one day salary of all their employees to the PM-CARES fund. Following the direction from Raksha Mantri, the DPSUs conveyed to him that they have made salary payment to all the casual and contractual workers also.