Home India Railways will tell passengers to stop charging phone at night onboard the... 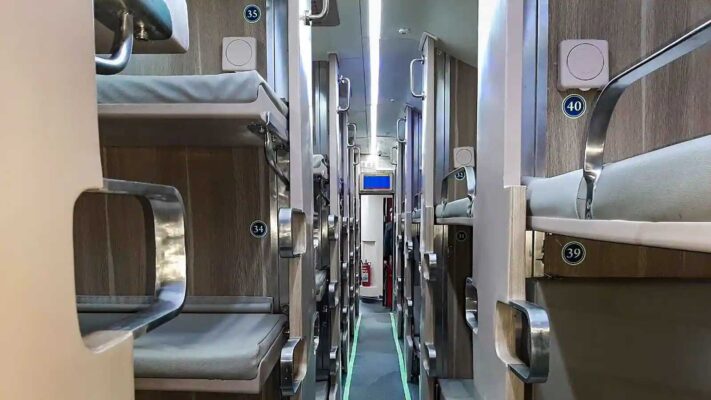 India, March 31: When you travel by train in India, you would rarely have thought about charging your phone onboard. I mean it is not something that will occur to you before you step into a train to get on with your journey.

But even though it is one of the most overlooked things, it is important. Charging your phone on a train is something that everyone does.

But there is going to be a change to this simple benefit that you avail inside trains.

So, if you are travelling between 11 pm and 5 am on a train, you will not be able to charge your mobile phone or laptop.

Senior officials of Indian Railways said that Western Railways already began implementing the new rule on March 16 by cutting off the power supply to these charging docks during these 6 hours.

“It is a Railway Board instruction for all railways. We have started implementing it from March 16,” CPRO of Western Railway, Sumit Thakur, informed media.

But if you think you are hearing about this rule suddenly, you will be surprised to know that such a rule has existed before.

According to the Southern Railways CPRO B Guganesan, as cited in the report, these instructions are not new but a reiteration of earlier orders of the Railway Board.

These instructions were issued back in 2014 when the Commissioner of Railway Safety recommended that charging stations inside trains should be turned off between 11 pm and 5 am, right after a fire incident took place inside the Bangalore-Hazur Sahib Nanded Express. And these orders were issued to all divisions of Indian Railways.

Given the recent incidents of fire, we have done the needful. It is a precautionary measure and even earlier the Railway Board had issued such orders.

“The power from the main switchboard for these points will be switched off from 11 pm to 5 am,” Guganesan told media.

According to officials, the reiteration of these instructions comes some time after the incidents of fire hazards began to rise in some trains.

Turning off charging stations on trains is a precautionary measure. That is because officials have found many incidents of minor fires on long-route trains were a result of overcharging of electronic devices.

Several people leave their phones on charge during the nights. After the battery is fully charged, keeping the charger connected causes overcharging.

So, next time when you board a train around 11 pm, make sure your phone is already fully charged and in case it is not, you can carry a power bank with you.

Do not rely on charging stations on trains anymore for night journeys.