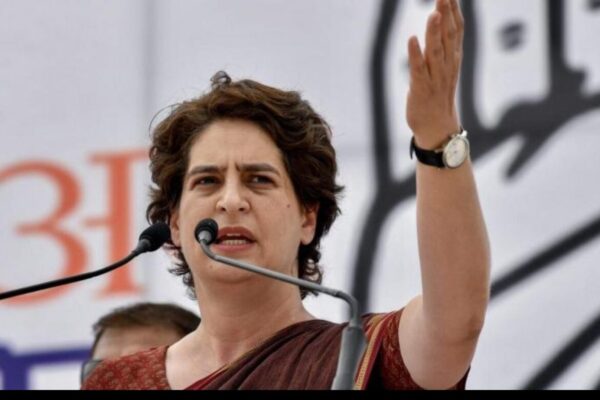 Assam, Feb 28: Congress general secretary Priyanka Gandhi Vadra will visit Assam on March 1 to campaign for party candidates for the upcoming Assembly election. People aware of the development told Hindustan Times that Vadra will first visit the Kamakhya temple, a well-known pilgrimage site in Guwahati, and then proceed to other cities for campaigning.

Vadra will be campaigning in other parts of upper Assam, including Tezpur, where she will address a rally on March 2. She will be in the state for two days.

While her brother and party MP Rahul Gandhi has been campaigning in poll-bound states like Tamil Nadu, Kerala, and Puducherry, Vadra tends to limit herself to UP. However, she did campaign for former Silchar MP Sushmita Dev ahead of the 2019 elections.

Besides Assam, the state Congress units in other poll-bound states also want Vadra to campaign for their candidates. Kerala state unit has already sent a proposal to the general secretary in-charge of the state mentioning the campaign dates of Priyanka Gandhi Vadra.

Meanwhile, Rahul Gandhi had visited Assam earlier this month and addressed a rally in which he gave a message that Citizenship Amendment Act (CAA) will be highlighted as the main agenda from the Congress party’s side.

Also Read: Assam: BJP looks to retain power but CAA could be a sore point

Gandhi had even worn a scarf depicting his anti-CAA stand symbolically in which he had said,

Currently, the BJP government is ruling in the state and is confident of winning polls while Congress is in alliance with All India United Democratic Front (AIUDF) in the state.