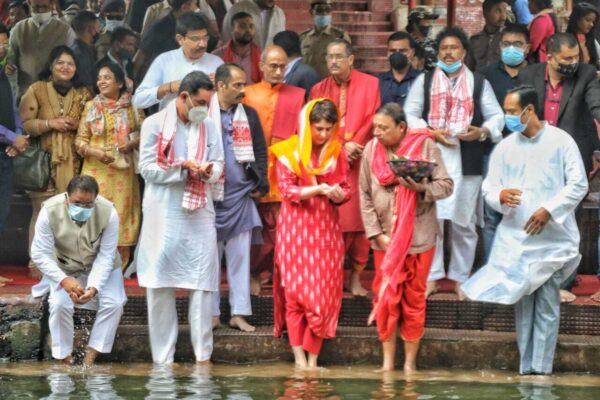 Soon after landing at Lokapriya Gopinath Bordoloi the international airport in Guwahati, she paid a visit to the Kamakhya Temple, the sacred shakti-peeth dedicated to Goddess Kamakhya located on Nilachal Hill in the city. 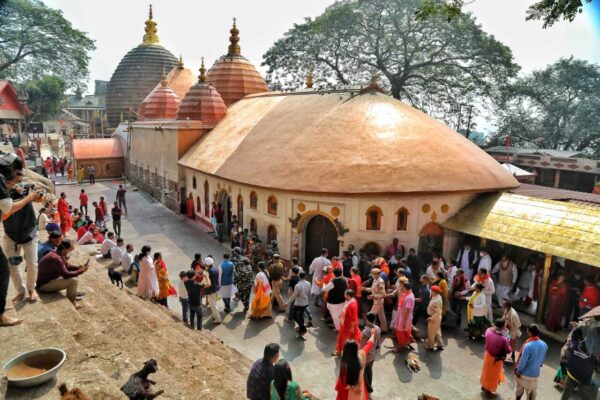 Accompanied by senior Congress leaders, Gandhi spent some time in the temple and sought blessings from the goddess before proceeding to Lakhimpur in upper Assam for her other engagements.

“I had been thinking of visiting Kamakhya Temple for a long and it was fulfilled today. I prayed to the goddess and sought her blessings for my family. I also prayed for the welfare of Assam and people of the state,” Gandhi told journalists at the temple.

At Lakhimpur, Priyanka will address party functionaries at Sonari ‘gaon panchayat’ and interact with a diverse section of people. He is expected to launch the party’s statewide campaign on unemployment. 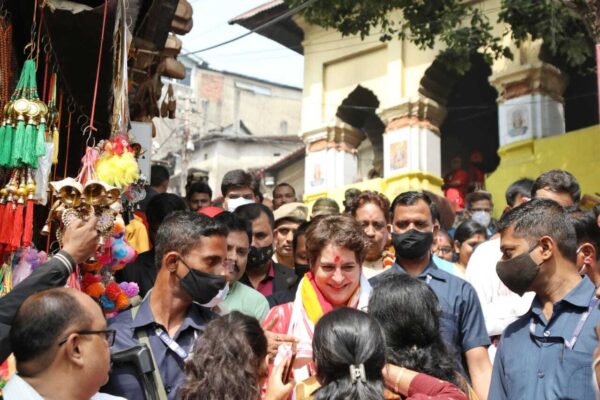 “Our party has been vocal about the government’s failure to address the needs of youths who lost jobs and returned to their home states due to the unplanned Covid-19 lockdown. Gandhi will interact with some such youths from Assam,” Congress legislature party leader Debabrata Saikia told journalists.

Gandhi will also interact with tea garden workers in the Biswanath district. She is scheduled to visit Leteku Pukhuri, the birthplace of Madhavdeb, the 16th-century Vaishnavite preacher and chief disciple of Srimanta Sankardev.

Gandhi will leave for Delhi on Tuesday. The visit, which comes a day after Bodoland Peoples’ Front (BPF) officially joined the Congress grand alliance is expected to boost the morale of party workers in the state.

The visit comes a fortnight after Gandhi’s brother and Congress leader Rahul Gandhi visited the state on February 14 and addressed an election rally at Sivasagar in upper Assam.

Assam will witness a three-phased election with a start of voting on March 27, followed by April 1 and April 6.