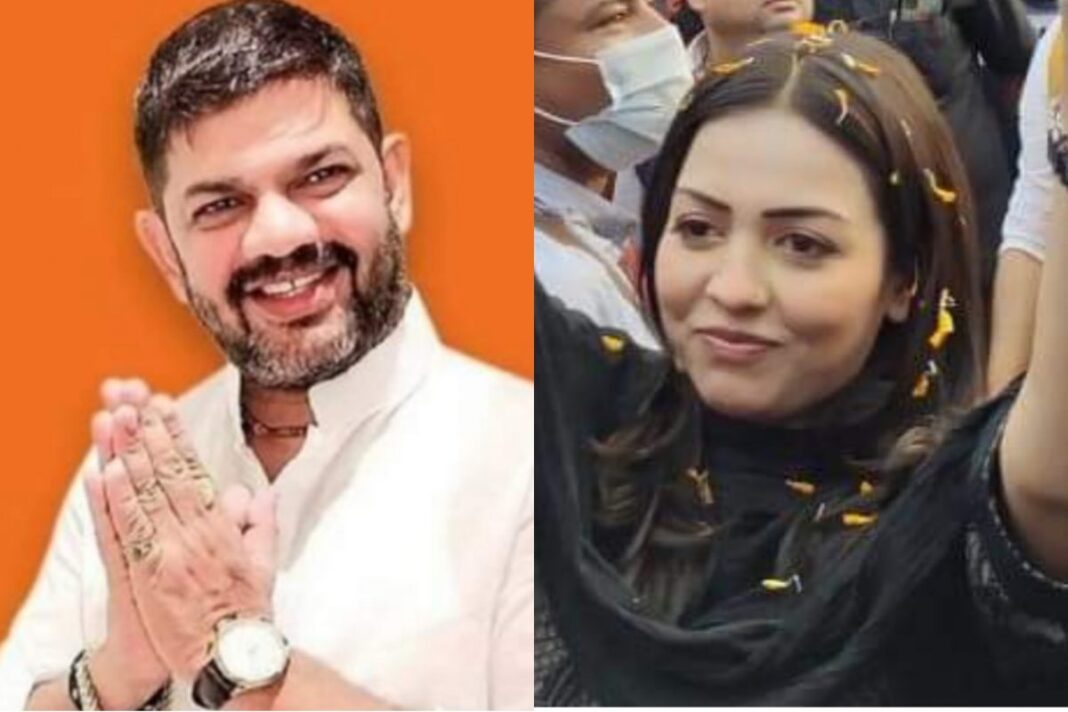 Kolkata, Feb 23: Kolkata Police has arrested BJP leader Rakesh Singh from Galsi in Purba Burdwan district in connection with the Pamela Goswami cocaine case. The arrest was made by the Detective Department as Rakesh Singh was apparently trying to flee West Bengal.

According to officials, the Kolkata Police had to wait outside Rakesh Singh’s residence since the family insisted on seeing a search warrant before letting cops enter. The search operation was led by the Anti-Narcotics and Anti-Rowdy sections of the Detective Department of New Alipore police station.

The Additional Commissioners of Police (ACPs) of both sections were present during the search operation.

Kolkata Police’s Detective Department has also detained Rakesh Singh’s two sons. They were taken away as they were speaking to the media on Tuesday. Chaos broke out at BJP leader Rakesh Singh’s residence as his sons were thrown into a police vehicle following a search operation that seems to have yielded little or no results.

The two sons have been identified as Suvam Singh (25) and Saheb Singh (21).

The Kolkata Police had asked Rakesh Singh to appear before the department concerned to record his statement under Section 160 of the CrPC in connection with the Pamela Goswami case. In his response, Rakesh Singh had cited a party programme to say that he cannot appear in front of the police before February 26.

In an email to the Kolkata Police Commissioner, Rakesh Singh had threatened to file a defamation suit against the Kolkata Police. He even claimed that BJYM leader Pamela Goswami did not take his name upon her arrest.

Arrested for alleged possession of cocaine, youth BJP leader Pamela Goswami had accused Rakesh Singh of “sending men to plant” the drugs in her vehicle. While demanding a CID inquiry into the matter, Pamela Goswami had also claimed that a conspiracy was being hatched against her.