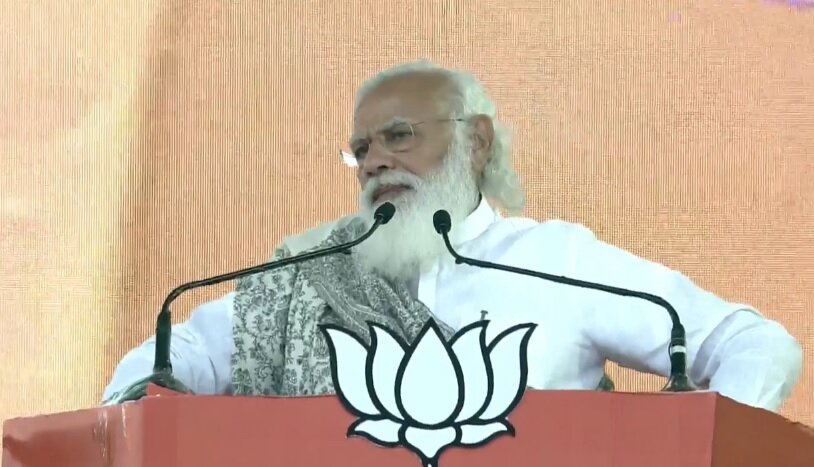 Haldia, Feb 7: Prime Minister Narendra Modi is set to visit West Bengal on Sunday. earlier in the morning he was there in Assam.

This will mark PM Modi’s second visit to the two states in the last two weeks, as the BJP ramps up its campaigning efforts ahead of the upcoming Assembly election.

PM Modi arrived in Assam at 11:45 AM. He lay the foundation stones of two hospitals and launch ‘Asom Mala’, a program for state highways and major district roads in Dhekiajuli, Sonitpur district.

During his visit to West Bengal at 4 pm today, Prime Minister Modi is slated to address a public rally in Haldia. He will also lay foundation stones for “key infrastructure projects”. PM Modi will inaugurate a liquefied petroleum gas (LPG) import terminal, built by Bharat Petroleum at an investment of around Rs 1,100 crore and has a capacity of 1 million metric tonnes per annum.

“It will cater to the growing requirement of LPG in West Bengal and other states in eastern and north-eastern India and is an important step towards realizing the vision of the Prime Minister to provide clean cooking LPG to every household,” the Prime Minister’s office said.