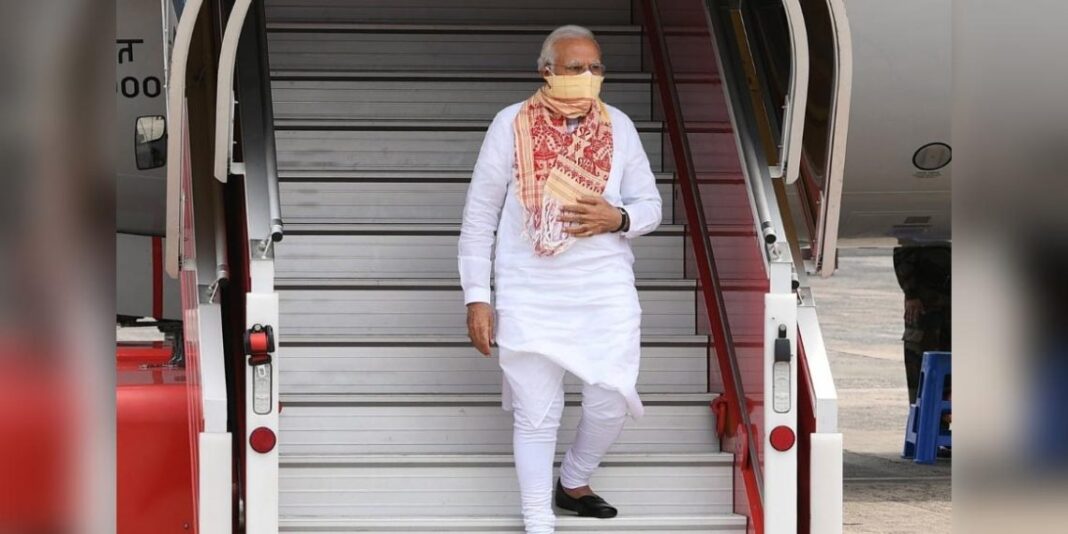 Assam state BJP expects that around 3 lakh people will gather to attend PM Modi’s programme. PM Modi will leave for West Bengal after the Sivasagar programme.

Chief Minister Sarbananda Sonowal said that the Prime Minister would ceremonially start the distribution of land ‘Patta‘ to more than one lakh indigenous people who have been living uncertain lives for decades. “No government in Assam has carried out such a people-friendly initiative in the past.”

He said many pieces of government land encroached by suspected illegal settlers and the BJP government would evict those illegal encroachers and provide the land rights to the indigenous people, comprising tribals, ex-tea garden labourers and other backward communities.

As per the officials, the state government headed by the Chief Minister Sonowal has already issued “land Patta” to more than one lakh landless indigenous families.

After attending the Guwahati event, Shah would go to Shillong where he would chair the 69th plenary session of the North Eastern Council (NEC), the nodal agency for the socio-economic and infrastructural development of the eight states of the region.

Shah would come back again in Assam on Sunday and attend a programme to celebrate the first anniversary of the signing of the Bodoland Territorial Region Accord, which facilitates political autonomy and addresses a gathering in western Assam’s Kokrajhar, bordering West Bengal.

In all, 1,615 cadres of four National Democratic Front of Bodoland (NDFB) factions had laid down their arms on January 30 last year after the signing of the Bodo peace accord with the central government on January 27, 2020, in New Delhi in the presence of Union Home minister Amit Shah.

Shah would also address an election rally at Kendukuchi in Nalbari district.