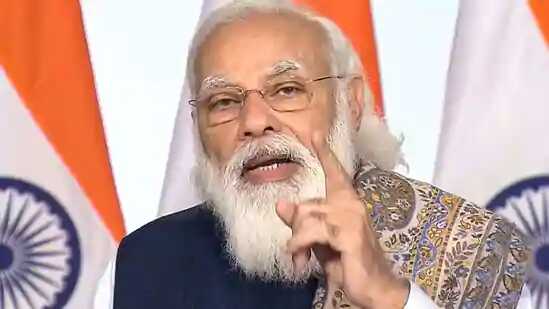 Vaccine Launch, Jan 16: Prime Minister Narendra Modi launched the largest vaccine drive of the world launch and congratulated India and its scientists on the achievement on Saturday. “It takes years to prepare vaccines. But in the shortest span of time, we have not only one but two India-made vaccines,” PM Modi said heaping praises on scientists.

“There are so many countries in the world which do not have a population of 3 crores but India in the first phase will inoculate 3 crore, healthcare workers. In the next step, we will take this number to 30 crore. There are only three countries in the world with more than 30 crore population: India, the US, and China. Hence, this is going to be the biggest vaccination drive,” PM Modi said.

Allaying fears regarding made-in-India vaccines, PM Modi said India enjoys scientific credibility in the world. “Around 60% children of the world get vaccines that are manufactured in India. The world puts trust in India’s vaccine science and research.”

In his speech, PM Modi talked about the affordability and the user-friendly nature of Indian vaccines. “Some foreign-made vaccines need to be stored at minus 70-degree Celsius temperature. One dose of some vaccines costs over ₹5,000. Compared to that, Indian vaccines are cheaper and are also easy to use,” PM Modi said.

It may be noted Pfizer vaccine, which also applied for emergency use authorization in India requires minus 70-degree Celsius for long-term preservation.

PM Modi also cautioned beneficiaries against lowering their guards after getting the vaccine shot. “Remember, these vaccines comprise two shots. And taking both the shots is necessary. It will also take some time after the second shot to show some effects. So, don’t be impatient,” PM Modi said.

Elaborating on how India was prepared at every stage of the pandemic, PM Modi said, “The first case in India was detected on January 30, 2020. But an expert group was formed before that. Then Janta curfew prepared us for the lockdown that was to come. It was not an easy decision to make sure that this huge population remains where they were.”

“There are certain areas in the country which did not lose one single person to Covid-19,” PM Modi said commenting on the present Covid-19 situation of the country.