Home Assam People of 7 districts affected from flood in Assam 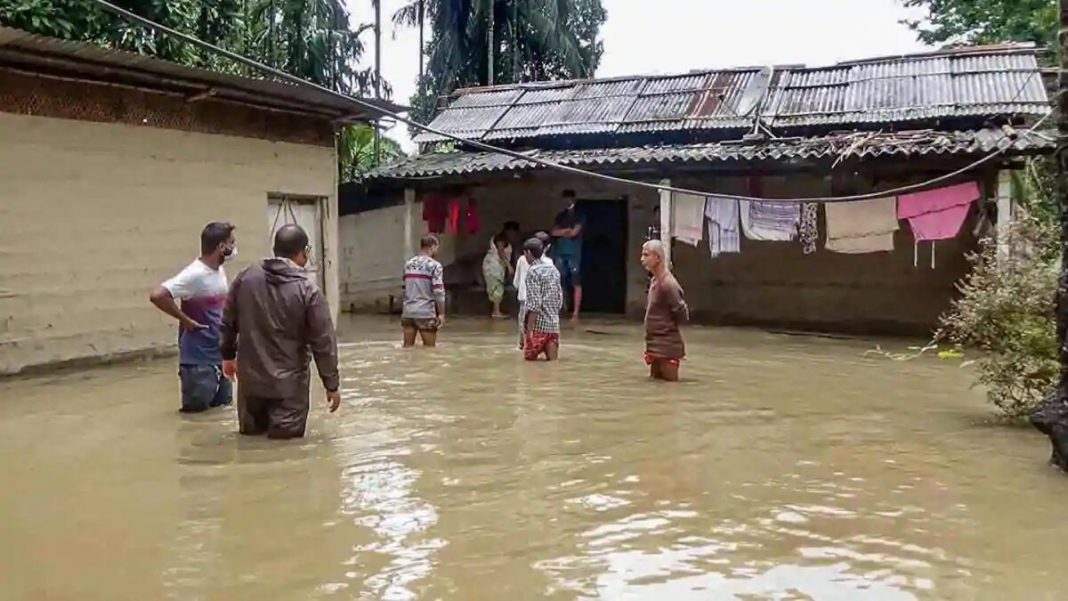 Guwahati, June 25: Following incessant rains, the flood situation in Assam has turned worse in many districts of the state and this year flood claimed 14 lives so far.

Over 50,000 people of seven districts of the state have been affected in the second wave of flood.

According to the Assam State Disaster Management Authority (ASDMA), the second wave of flood-hit seven districts Dhemaji, Lakhimpur, Jorhat, Majuli, Sivasagar, Dibrugarh, Tinsukia of the state and over 50,000 people affected till Thursday morning.

Nearly 180 villages of the seven districts have been affected in the current flood.

Four people were drowned in floodwaters in the last 72 hours and the death toll has gone up to 14.

The floodwaters have submerged over 5300 hectares cropland in the flood-hit districts.

On the other hand, incessant rain has created flood-like situation in Dibrugarh town and many parts of the Upper Assam town are now underwater.

An RCC bridge near Rupai tea estate connecting Baghjan and Doomdooma in Tinsukia district was washed away by the raging floodwaters of Dangori river.

Following unabated rains, the water level of the Brahmaputra river and its tributaries is flowing above danger level in many parts of the state.

In Guwahati, the water level of the Brahmaputra river is gradually increasing and it has created panic among the people living in the low lying areas.

The water level of the Brahmaputra river is rising by 1 cm per hour in Guwahati.

“The water level is rising by 1 cm per hour and it will increase more if the rain will continue,” Jitumoni Das said.

On the hand, floodwaters have entered some parts of Kaziranga National Park and Pobitora Wildlife Sanctuary also.