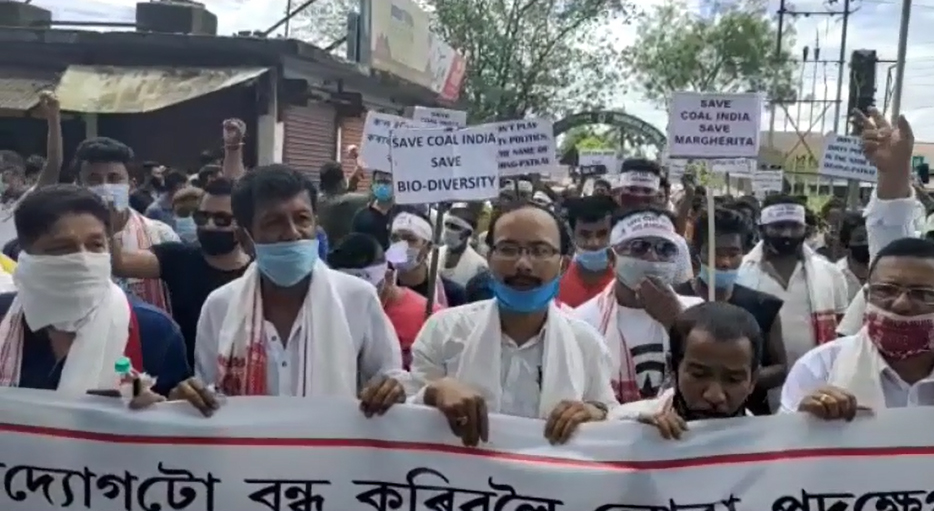 In an order issued by the office of the General Manager, NEC said that – “All mining operations in North Eastern Coalfields, Coal India Limited, Margherita are hereby temporarily suspended w.e.f. 03.06.2020.”

Opposing the North Eastern Coalfields (NEC) decision, the employees of NEC and thousands of people in Assam on Friday staged protests in front of the NEC office in Margherita.

The protesters had shouted slogans against the NEC, Coal India and demanded to continue its operation. 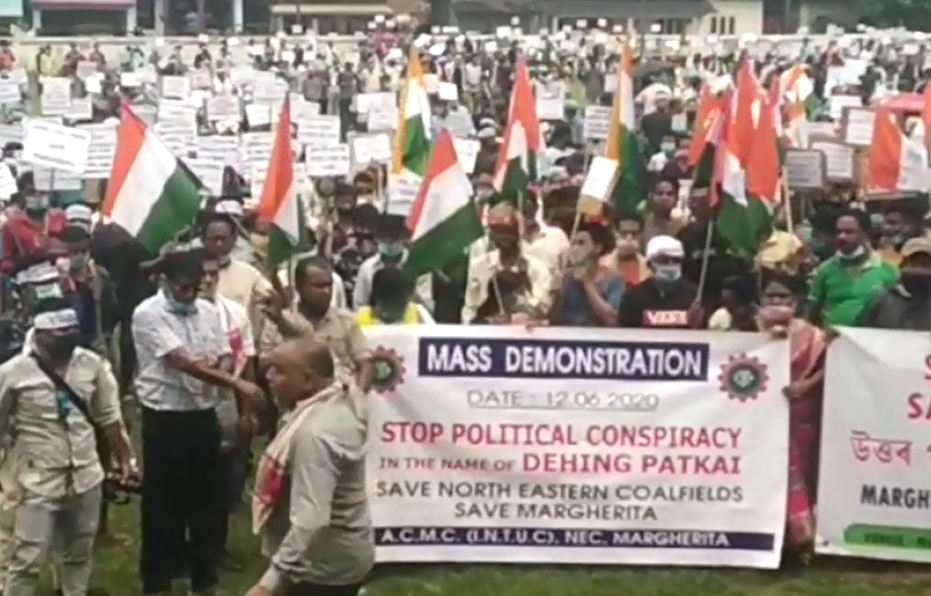 The protesters also held a protest meeting at Margherita field and they also demanded the government to protect Dehing Patkai.

It is to be mentioned that, various industries in the region are severely hit following the suspension of operations in coalfields.

North-Eastern Coalfields (NEC) said in a press release that – “Coal mining operations in Tikak Open Cast Project, falling under Saleki Proposed Reserve Forest of Digboi, have been suspended since October 2019 on the directive of Department of Forest, Government of Assam and that it is awaiting the Stage II clearance from MoEF&CC. Currently, production is on hold in Tikak OCP.

“Coal mining in Tikak OCP predates Indian independence when it was mined by AR&T Company. Post nationalization of coal mines in 1973, the collieries operating in Assam were transferred to CIL for a lease period of 30 years till April 2003. At that time the concept of mandatory forestry clearance before coal mining was not in vogue. It came into effect after notification of the Forest (Conservation) Act, 1980. Forestry clearances for coal mining was made mandatory from then on but coal mining project already on the lease were beyond the purview of the Act till the completion of their lease as per Hon’ble Supreme Court’s judgement. North-Eastern Coalfields applied for forestry clearance in 2003 to the Government of Assam, as was the norm, and subsequently, another application was made in 2012. Following these, “In-Principle Approval (Stage-I)” clearance was granted in December 2019 by MoEF&CC with 28 conditions. One of the condition for Stage I forest clearances was obtaining clearance from NBWL. Final clearance, which is Stage II for this project is to be granted by MoEF&CC after fulfilment of certain conditions by the project proponent, North Eastern Coalfields, and only then extraction of coal can be done. Following a meeting in April 2020, the principal conditions were that a site-specific mine reclamation plan in consultation with Assam Forest Department has to be submitted by North Eastern Coalfields for whatever forest area has been broken up, of around 57 Hectares, out of the total 98.59 Hectares. The other condition being for the rest of unbroken area the user Agency, North Eastern Coalfields needs to submit feasibility report for exploring underground mining,” said in the release. 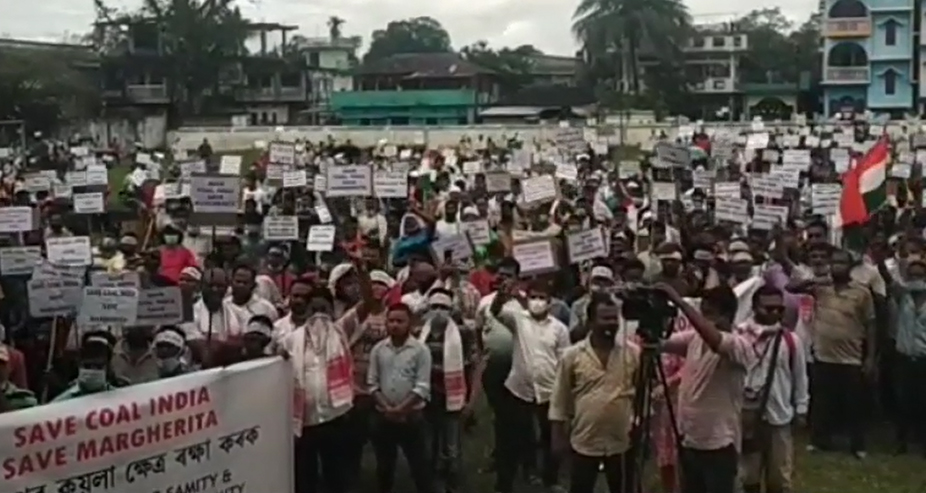 “North-Eastern Coalfields has not yet submitted the report for consideration of MoEF&CC. Green signal from NBWL and Forest Clearance for the project is yet to be received for starting coal mining activity in Tikak OCP. It is clarified that nearest distance of Dehing Patkai Wildlife Sanctuary from the project is 9.19 km and nearest Elephant Corridor, Golai-Powai is located at a distance of more than 10 km from the project,” said in the release.