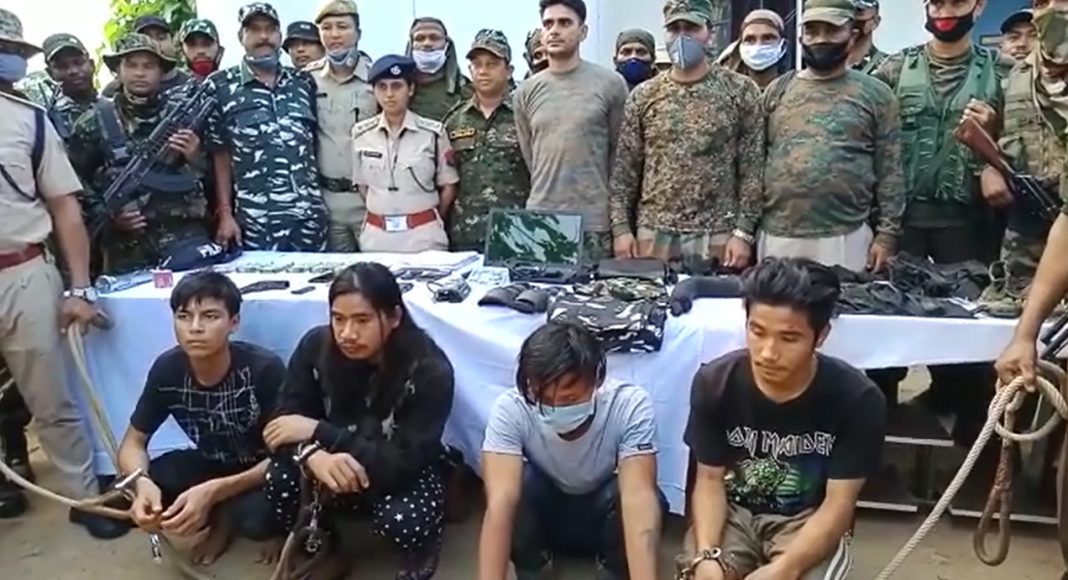 Security personnel had also recovered huge cache of arms and ammunition, cash amount of Rs 3.01 lakh in possession from them.

Based on intelligence input about the presence of a militant group, Karbi Anglong district police had launched an operation with the help of CRPF at Therebasa village under Dakmaka police station on Sunday and arrested the militants from the area.