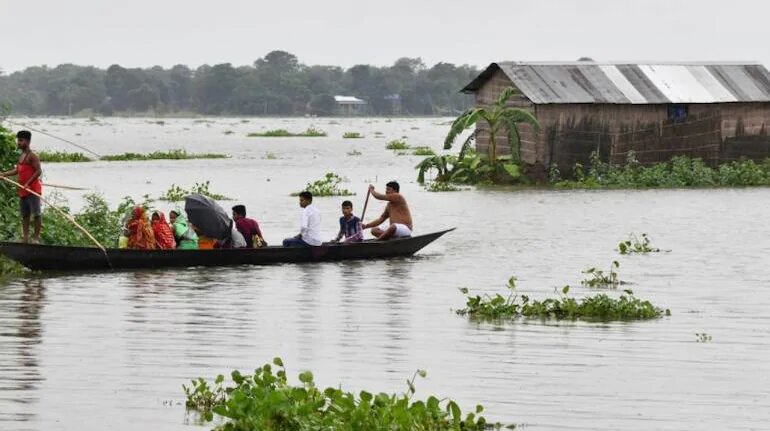 Guwahati, June 26: The flood situation in Assam turns grim as more than 2.20 lakh people 13 districts of the state have been affected in the second wave of flood.

Following incessant rain in Assam and neighbouring states, the water level of Brahmaputra river and its tributaries are rising and floodwaters submerging new areas.

One person drowned at Sissiborgaon in Dhemaji on Thursday and the total death toll due to flood in the state has now gone up to 15.

The floodwaters have submerged more than 18,000 hectares cropland and affected over 19,100 domestic animals.

On the other hand, the current food situation forced many people to leave their homes and around 12,200 people have taken shelter at 53 relief camps.

NDRF, SDRF teams are engaged to rescue the flood-affected people and the teams have so far rescued over 5000 people.

In Guwahati, the water level of Brahmaputra river is rising and just few centimetres have left to touch danger level mark.