Home Assam Over 1000 militants of 5 outfits surrender in Assam 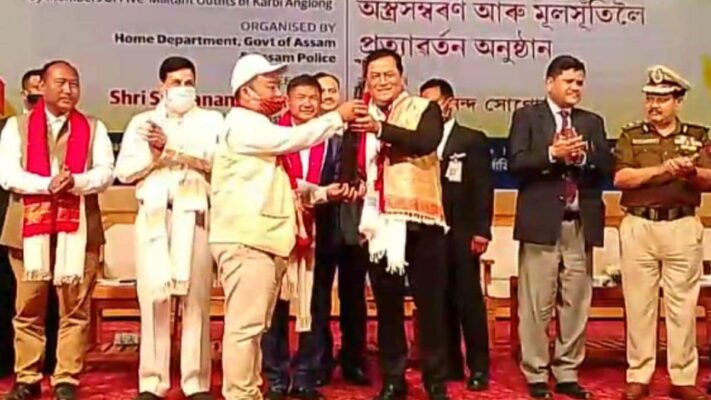 Songbijit is the chief of PDCK. He was earlier the commander-in-chief of the banned National Democratic Front of Boroland.

He was involved in several incidents of massacres, most of the people from minority communities, in the erstwhile Bodoland Territorial Area Districts.

Songbijit was sidelined after the Ranjan Daimary faction of NDFB suspended operations. He later formed the PDCK in the Karbi Anglong district.

Welcoming the 1,040 militants surrendered from Karbi Anglong and West Karbi Anglong districts into the mainstream, Sonowal said his government is working to make Assam a terror-free state.

“We are giving all possible support to the youths coming back to the society. We are giving financial help as well as logistic support. We will continue to do that,” he added.

A formal peace agreement will be signed by the government with the insurgent groups within the next two days, he said.