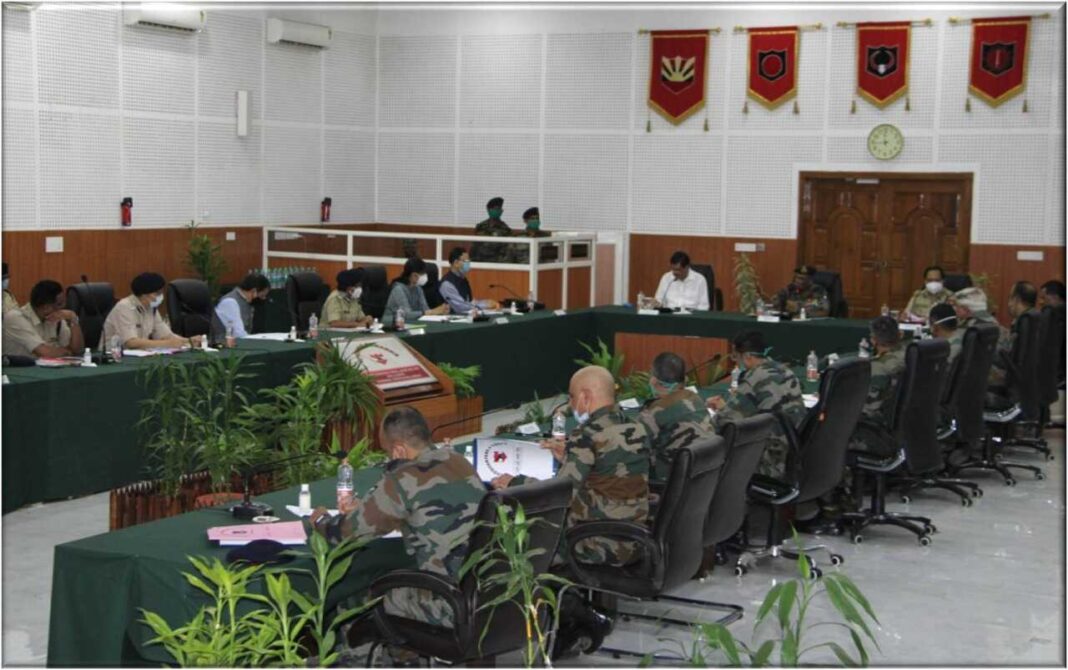 As part of the Unified Headquarters Mechanism established in Assam in the early 1990s, the Strategy Group functions under the Chief Secretary and the Operational Group is headed by the Tezpur based GOC, Gajraj Corps.

The Operational Group is responsible for formulating and streamlining counter-insurgency and counter-terrorism at the operational and tactical level. The smooth and efficient functioning of the mechanism has resulted in greater synergy between the Administration and the Security Forces, resulting in an overall improvement of the security situation in Assam.

In the Operational Group meeting on 27 Oct 20, a review of the prevailing security situation in the entire North East and Assam in particular was carried out.

The meeting also emphasised the need for proactive measures to avoid any adverse law and order situation in the wake of forthcoming events like State and BTR elections and Republic Day celebrations. Aspects of Intelligence, Law and  Order, Counter Insurgency and Counter-Terrorism operations and social media were deliberated at length and measures coordinated to ensure a secure environment in the State.