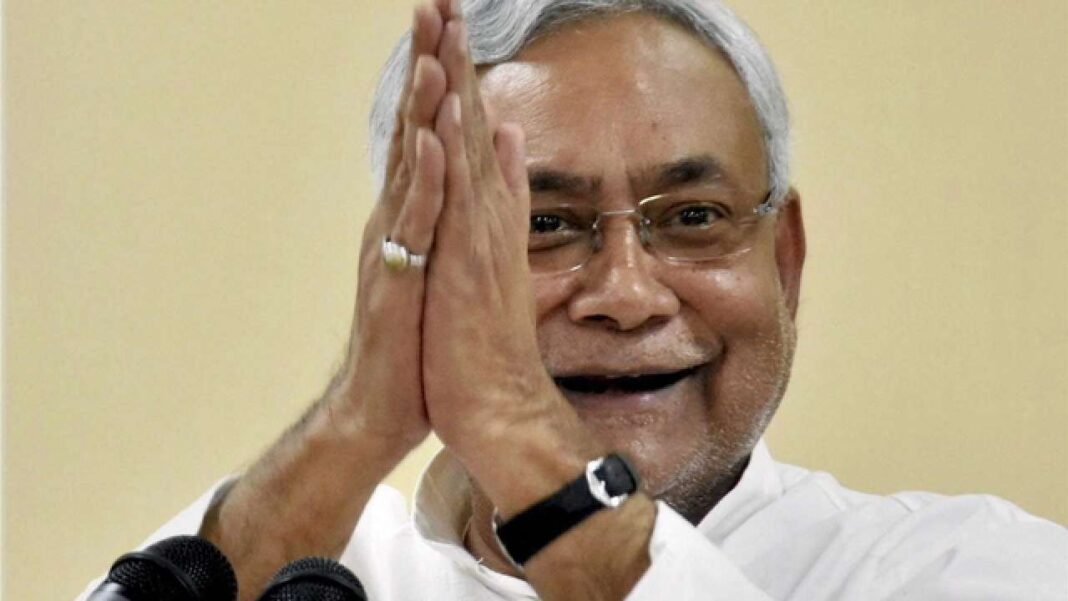 It is expected that a total of 14 ministers would take oath along with Nitish Kumar during a function at Raj Bhawan in Patna. The BJP, which has clinched 31 more seats than the 43 pocketed by Kumar’s JD (U), announced two deputy chief ministers for the state of Bihar on the lines of Uttar Pradesh.

The names of four-time MLAs Tarkishore Prasad and Renu Devi, who was chosen the leader and the deputy leader of the BJP legislature party on Sunday, were elected for the post today.

Here’s the list of ministers likely to be sworn-in today:

Nitish who has had a continuous run since November 2005, except for the period in 2014-15 when Jitan Ram Manjhi kept the chair warm for him, is on course to becoming the longest-serving chief minister of the state, surpassing the record of Shrikrishna Singh who held the top post since before Independence till his death in 1961.

Nitish was first sworn in as CM in 2000, for a term that lasted barely a week as he failed to muster a majority and returned as a minister at the Centre in the Atal Bihari Vajpayee government.

Five years later, he returned with the JD(U)-BJP alliance winning a majority and upon completion of his tenure returned in 2010 when the coalition won a landslide victory in the assembly polls. He stepped down in May 2014, owning moral responsibility for the JD(U)’s debacle in Lok Sabha polls, only to return in February 2015 when a rebellious Manjhi was elbowed out.

In November 2015, the assembly polls were fought and won by the Grand Alliance which then comprised JD(U), Lalu Prasad’s RJD, and Congress with Kumar back as the Chief minister. He, however, abruptly exited the alliance in July 2017, citing irreconcilable differences with the RJD, and resigned as chief minister only to return in less than 24 hours armed with the support of the BJP.