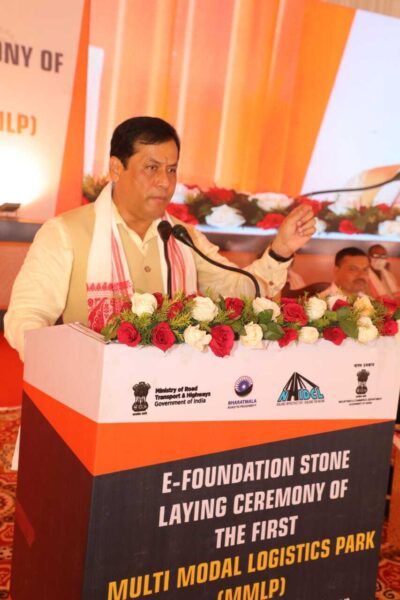 The Assam government has transferred 200 Acres of land belonging to Ashok Paper Mill for the project.

Designed as a state of art facility, MMLP Jogighopa is envisioned to drive economic growth and trade competitiveness of the country through a truly integrated, seamless, efficient, reliable and cost-effective logistics network.

It is aimed to improve the logistics efficiency and facilitate the Domestic and Export-Import trade in the region.

Speaking through video conference from New Delhi, Union Minister Gadkari said that the project once completed would generate around 20 lakh direct and indirect employment. He informed that the project to be implemented with a cost of Rs 1171 crore in two phases is proposed to be completed within 2023. 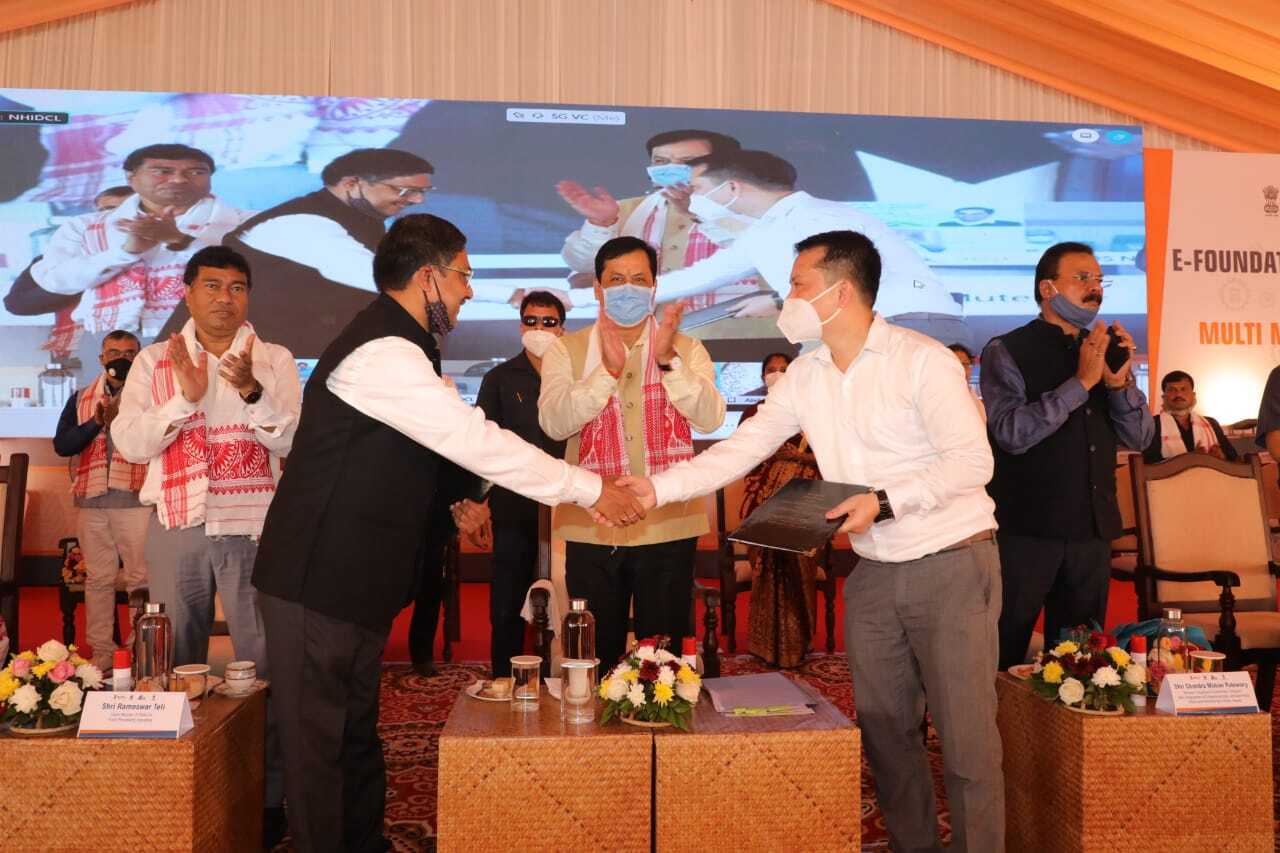 He appreciated the role of Chief Minister Sarbananda Sonowal for realization of the project and urged him to review the implementation of NHIDCL every month for maintaining quality and timely completion of the project.

He said that his ministry has allocated around Rs 80,000 crore for roads infrastructure development in Assam and informed that construction of Rs 5000 crore Dhubri-Phulbari Bridge would start in next 2-3 months. He further said that the road from Guwahati to Jogighopa would also be upgraded to four-lane.

Moreover, Gadkari said that his ministry took steps for dredging of Brahmaputra and Barak rivers to boost trade from the region.

The Union Minister also informed that the proposal for construction of Brahmaputra Express Highway is still under consideration and the bridge connecting Nimatighat in Jorhat with Majuli would be finalized shortly.

Assam Chief Minister Sarbananda Sonowal in his speech said that the people of lower Assam always felt neglected as during all these years after independence no significant industrial development took place in the region.

However with the coming up of the Multi-Model Logistics Park, people of the region find new hope and he thanked Prime Minister Narendra Modi and Union Minister Nitin Gadkari for the initiative. 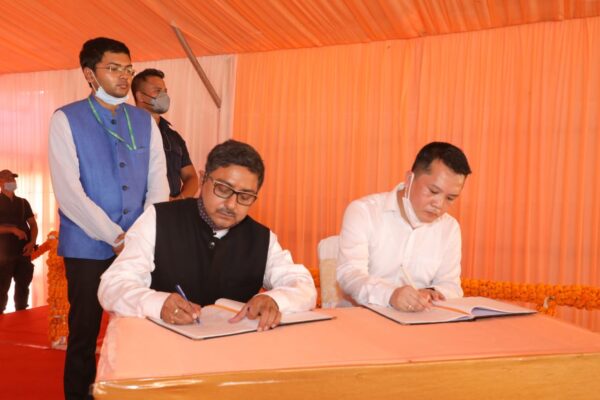 Sonowal said that Prime Minister Modi after taking charge of the country gave utmost priority for development of northeast and took up many schemes for realizing the inherent potential of the region. He said that the visit of Union Ministers every fortnight as per direction of the PM helps in quality implementation and timely completion of development schemes.

He said that inspired by the Prime Minister Modi, Assam government-organized global investors summit in 2018 and as a result investment worth Rs 79000 crore was received.

He informed that the central government has taken steps for augmentation of production capacity of BRPL from 2.5 MMT to 5 MMT and NRL from 3 MMT to 9 MMT, besides setting up a biofuel plant at Numaligarh. The central government invested around 42000 crore alone in the Petroleum sector in Assam, he added.

Sonowal said that the latest step for setting up the Multi-Model Logistics Park would revive trade links of erstwhile river port of Dhubri connecting it upto Chittagong port of Bangladesh and significantly boost domestic and international trade. He said that the project offers a golden opportunity for the people of lower Assam for economic development.

He said that his government is working for equal development of all sections of people of the state. As part of its efforts for development of lower Assam, medical colleges at Kokrajhar and Dhubri, engineering college at Bongaigaon, ayurvedic college at Goalpara and government college at South Salmara are being taken up. Sonowal also urged the people for taking collective responsibility to ensure hasslefree implementation of the logistics park.

Thanking Prime Minister Narendra Modi and Union Transport Minister Nitin Gadkari for Multi-Model Logistics Park in Assam, Jogighopa, Industries and Commerce Minister Chandra Mohan Patowary said, ‘Historically Assam used to have a very vibrant trade activity with the neighbouring countries through roadways, railways and riverine waterways. But following independence and partition, these links got disrupted. However, the Act East Policy has potentially transposed Assam from the periphery of the country to being the centre-stage of India’s growing relations with ASEAN neighbours. Now protocol agreement has been signed with Bangladesh and vessels from North East can travel to Chittagong and Mongla ports of Bangladesh and our link with the sea has been reconnected.’ 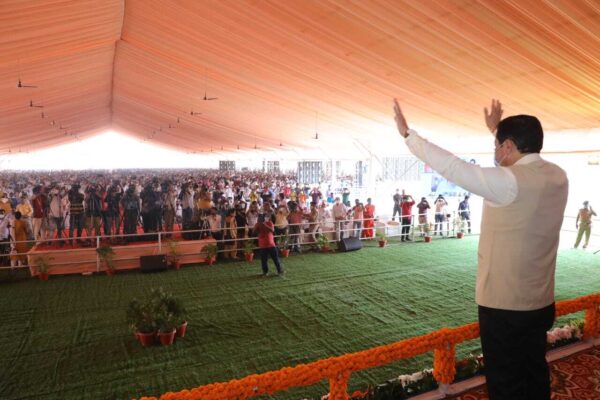 ‘This Logistics Park will be integrated with roadways, railways and waterways. MMLP, Jogighopa will be a game-changer for the economy of Assam and will bring about a sea-change in the overall development of the state,’ added Minister Patowary. The Industry Minister further appealed the Union Minister Nitin Gadkari to sanction a similar MMLP at Silchar to uniformly develop both the Barak and Brahmaputra valleys.

On the occasion, an MoU was signed between NHIDCL and Ashok Paper Mill.