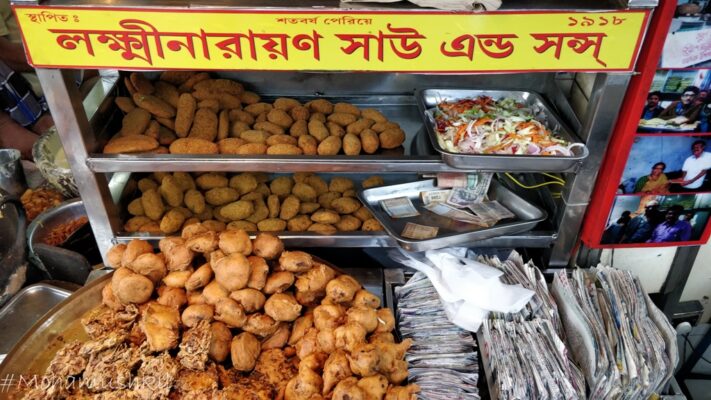 Khedu Shaw established Lakshmi Narayan Shaw and Sons in the year 1918. India was under British rule and our freedom fighters were engrossed in the struggle for a free nation.

Now which meeting will not be energized with some piping hot fritters? Kolkata has been the hub of freedom fighters, intellectuals, and revolutionaries. And one of the many things that brought them together was tea and fritters. The tradition continues even now in the city.

On the birth anniversary of the revered freedom fighter, it should be known he too could not give the famous Telebhaja [fritters] and bharer cha [tea in clay cups] a miss.

India Today spoke to Keshto Kumar Gupta (Shaw) the owner of Lakshmi Narayan Shaw and Sons and he narrated to us how his grandfather met Netaji and developed a bond which is continuing for over 103 years now.

“My grandfather was entrusted with supplying tiffin to the freedom fighters when they used to hold meetings. He would serve them puffed rice, hot fritters, green chilli, and tea in a newspaper wrapper and tea in clay cups or kulhad or Kolkata’s famous bharer cha,” he said.

“This is how my grandfather once met Netaji and served him the same tea and fritters. When Netaji was studying in Scottish Church, he used to frequent our shop for the fritters and tea. And that’s when my grandfather developed an unmatchable reverence for him,” Keshto Kumar Gupta said.

In 1942, on January 23rd – Netaji’s birthday, Khedu Shaw distributed fritters to all his friends and neighbours and told them it was for the occasion of the freedom fighter’s birthday. The tradition continues to date.

“On Jan 23rd of 1948 when we gained Independence, we had put up boards of Netaji Subhas Chandra Bose and distributed fritters made in our shops to everyone. Two fritters for children and four for adults,” Keshto Kumar Gupta said.

This food joint in Kolkata has been serving fritters since 8 am today, and on the menu is – alur chop, phuluri, peyaji and phulkopir chop [Potato, lentil, onion, and cauliflower fritters].

No Bengali can ever have the heart to resist telebhaja, and turns out our freedom fighter was no different.