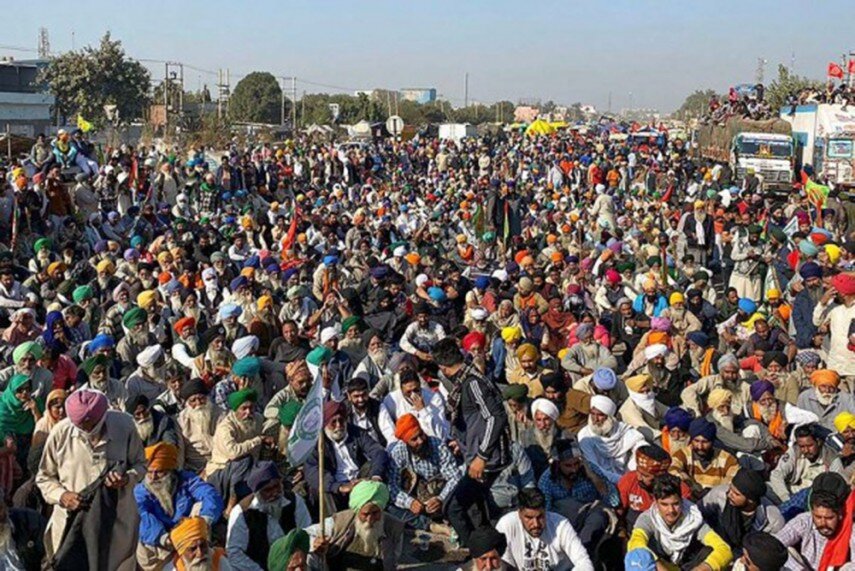 Delhi, Feb 2: Farmers Unions protesting against the three contentious farm laws have called for a nationwide ‘Chakka Jam’ on February 6.

The farmer’s unions have informed that they will block all roads, including State and National Highways from 12 pm to 3 pm on February 6.

The farmer’s unions have called for the 3-hour ‘Chakka Jam’  in protest against the internet ban in areas near their agitation sites, harassment allegedly meted out to them by authorities and other issues.

The protesting farmers have also alleged that they have been ‘ignored’ in the Union Budget 2021, and water and power supply have been curtailed at their protest venues.

The call for the nationwide ‘Chakka Jam’ comes a week after the tractor rally by the protesting farmers in Delhi turned ugly, with clashes breaking out between the farmers and the police in many areas of the National Capital.

On the other hand, Swaraj Abhiyan leader Yogendra Yadav alleged that the Centre has “reduced the allocation to agriculture sector” in this Budget.

“February 6 protest would also be against harassments faced by journalists who are trying to report the truth from the ground and also the Twitter restrictions,” a farmer leader from Punjab said.