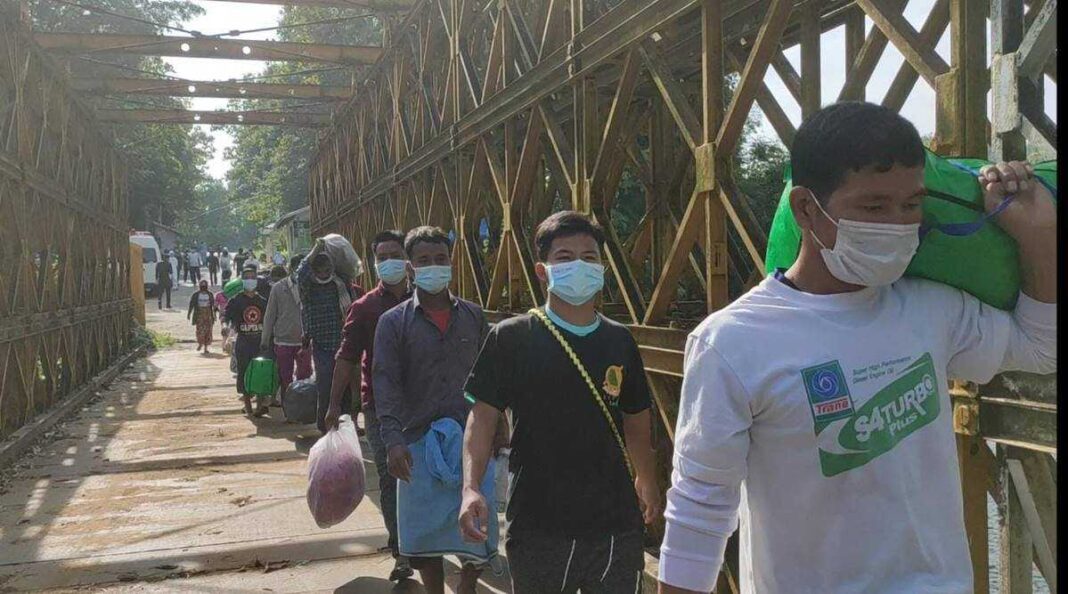 Myanmar, 27th November: At least 34 Indians nationals who have been serving jail term in Myanmar in different cases was deported to India by Myanmar Govt.

The Indians nationals were handed over to authorities in Manipur at the Moreh Border town in Tengnoupal district of Manipur. Moreh is situated at the Indo-Myanmar border 10km from Imphal. Most of the deported individuals were from Manipur, one each from Tripura, Mizoram and UP.

Yengkhom Rashmi, deputy secretary Home, Government of Manipur said that the state Government is felicitating the handling and received of the deported individuals. All the deportation was necessitated through diplomatic channel by the Ministry, she said.

“Most of them were arrested for travelling beyond the free movement regime without proper documents,” said Rashni.

The Indian nationals were received at Indo-Myanmar Friendship Bridge by a team comprising of Immigration officers, staff of custom department and ICP team of Moreh police.

A medical team of Tengnoupal district surveillance officer conducted COVID-19 screening to all the 34 Indians nationals at Integrated check post (ICP) Moreh. Later, the Moreh police transported them to the Moreh police station. They are to be handed over to their respective family members.

Meanwhile, the Indians Govt. also deported as many as 28 Myanmar nationals and handed them over to Myanmar authorities at the same border point. The Myanmar nationals were arrested and detained from different places of India. It is learnt that eight are transported from Nagaland, 19 are from Assam and 1 from Mizoram.