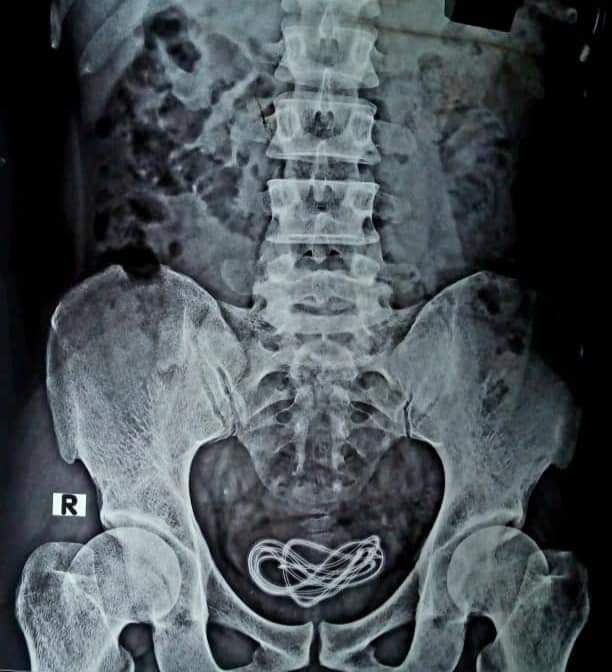 Guwahati, June 6: In a bizarre incident, a surgeon of Assam’s capital city Guwahati took out a mobile charger cable from the urinary bladder of a 30-year-old man.

Dr Walliul Islam – a consultant surgeon at a private hospital in Guwahati had conducted the surgery of the 30-year-old man recently and took out a mobile charger cable from his urinary bladder despite the man misleading the doctor into operating on his stomach.

Dr Walliul Islam said that the man came to him a few days back and told him that he was having stomach pain after consuming a headphone cable by mistake.

The doctors firstly performed an endoscopy by examining his stool but she did not find a cable in his stomach. 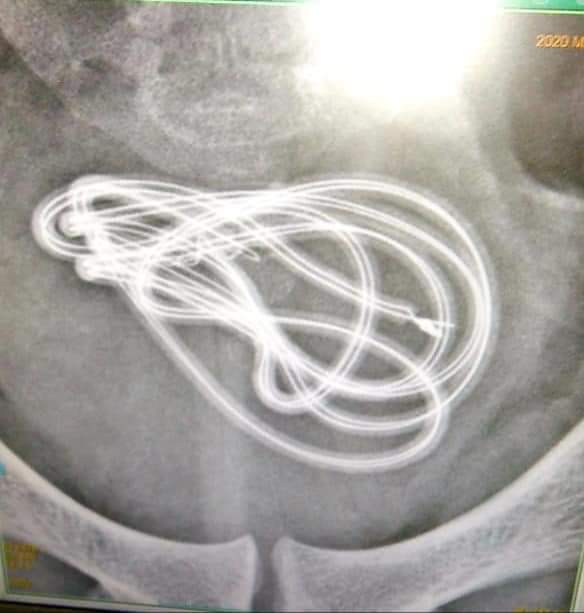 Dr Walliul Islam decided to conduct X-ray while the 30-year-old man was sleeping on the operation table and the doctor was shocked after seeing the result.

Following it, the doctors decided to do surgery on the person.

Dr Walliul Islam said that, after 25 years of experience in surgery, he was surprised and shocked by the incident.

“I continue to be surprised and shocked by instances like this where my intellectual and surgical skills are challenged. A 30-year-old man came to me with complaints of pain abdomen and a history of accidental ingestion of headphones. I operated upon him to find nothing in his Gastrointestinal tract, but instead discovered a mobile phone charger cord in his Urinary Bladder. All of you must have guessed the entry point and route (it entered through his penile urethra to his urinary bladder), his mental health remains a question. Surgery was successful and the patient is recovering and everything is possible on this earth, indeed,” Dr Walliul Islam said.

Dr Islam further said that, the man habituated to insert such things through his penis for sexual pleasure. 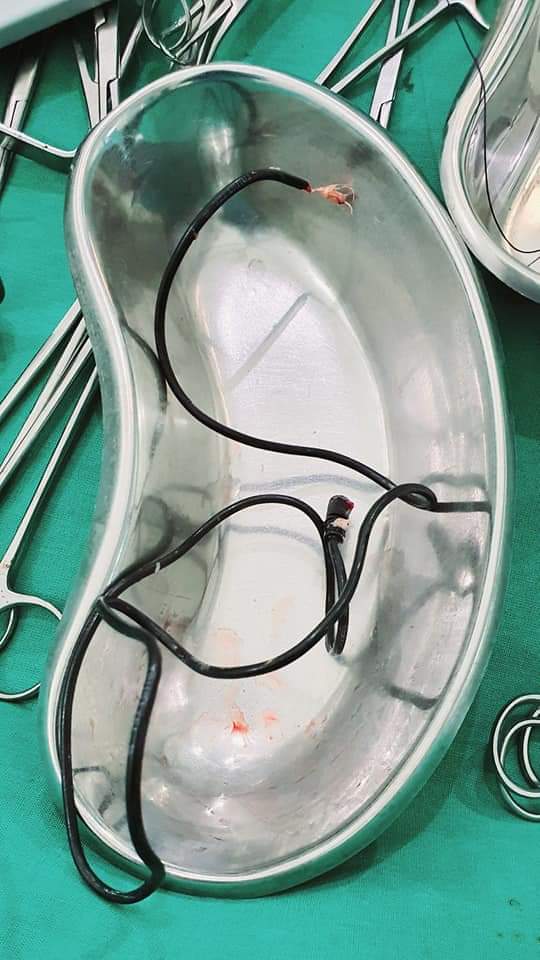 But, the cable was safely removed from the urinary bladder of the man and he is now recovering.