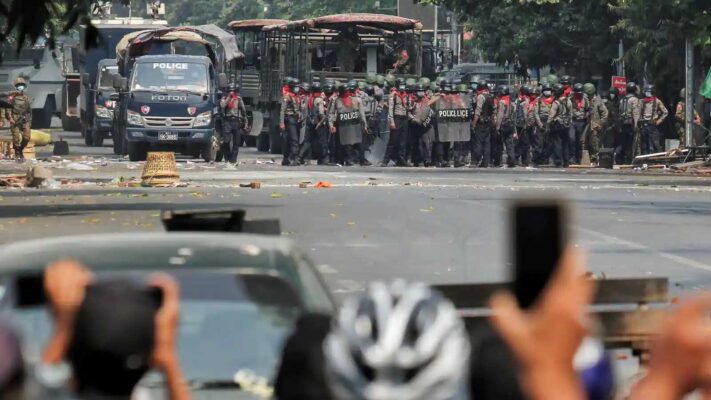 The letters were submitted through state governor P.S. Sreedharan Pillai.

In similar letters to the President and Prime Minister, the organisation urged the Centre to impose sanctions on the Myanmar military for its indulgence in human right violation and staging the coup in the neighbouring country.

The organization also sought Delhi’s help for the restoration of democracy in Myanmar and immediate release of state counsellor Aung San Suu Kyi, President U Wint Myint and leaders of the National League for Democracy (NLD), who have been detained after the military junta has seized control over the democratically elected Myanmar government on February 1.

Given the refugee influx from the neighbouring country, the ZORO urged the Centre not to send back Myanmar nationals, who crossed the international border and have taken refuge in India fleeing the military regime but instead provide them with shelters and other humanitarian aids.

It further asked the NDA government at the Centre to come forward to solve the current political crisis in the neighbouring country.

“We request you to take up the matter on a war footing to save innocent lives and in the best interest of supporting democracy in line with the international community,” the letters said.

Headquartered in Aizawl, ZORO is the group that seeks the reunification of all Zo ethnic people across three countries and bringing them under one administrative unit.

Traditionally, the Mizos of Mizoram and Myanmar’s Chin communities have strong kinship ties.

Fleeing the military regime, several people from Myanmar, including policemen, crossed the Indian border and have taken refuge in Mizoram since late February.

Chief Minister Zoramthanga had earlier announced that his government will provide shelter and other relief to the Myanmar refugees on humanitarian grounds.

While some refugees are being provided with food and shelter by the district administration, several have been reportedly accommodated by the locals in remote villages near the Myanmar border, an official said.

Another official said that the state government is yet to receive a “direction” from the Centre on future treatment of Myanmar refugees.