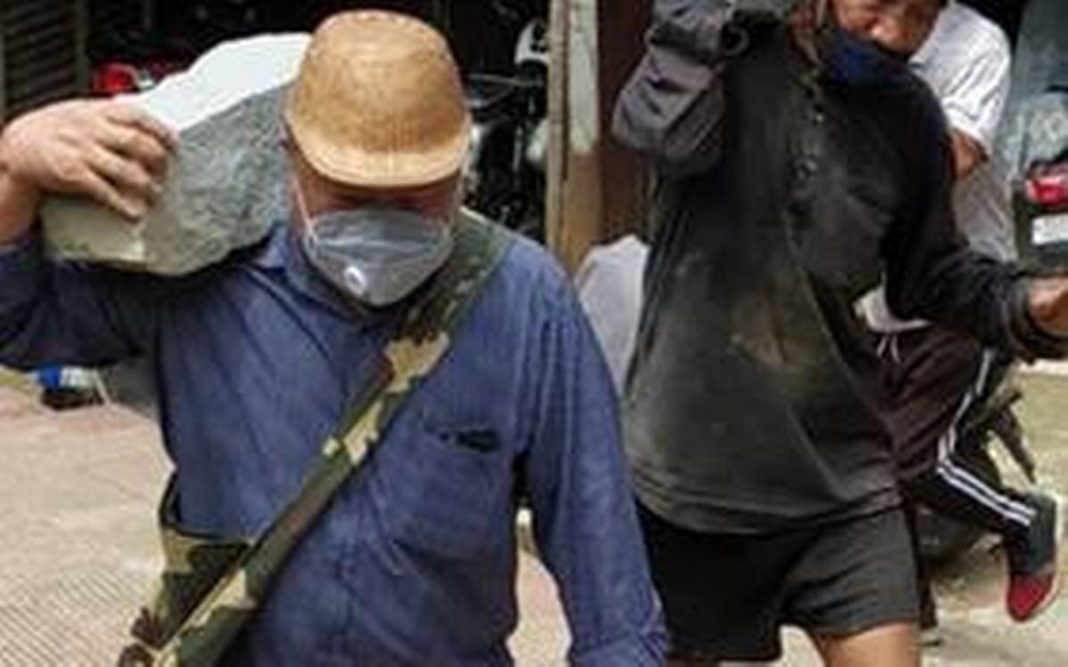 June 17: Mizoram Sports and Tourism Minister Robert Romawia Royte took locals of the Chite Veng area of Aizawl by surprise after he turned into a labourer to help his neighbour rebuild his house which was in ruins.

Lalnghilhlova had been trying to fix his tumbling down house for quite a few days now. But due to restrictions in the lockdown period, he could not acquire enough labourers. Besides, there were financial obstacles.

The monetary crisis was resolved one day when an unknown benefactor donates Rs 4, 68, 623 to community leaders. But the construction process proved to be a more difficult task to accomplish.

Under such circumstances his neighbours decided to help him.

53-year-old Robert, who is known for his philanthropic nature could not stay out of it and soon joined the volunteers to give them a helping hand. He worked for one full day with the others and could be seen carrying boulders on his shoulders to the construction site!

Footballer turned businessman turned politician, he stunned the local youths not only by performing this act, but also proving to be fitter than most.

He had joined the Mizo National Front (MNF) right before elections in 2018 and won from the Aizawl East II constituency.

He was the richest candidate to take part in the elections!