Home Assam Mizoram-Assam border dispute yet to be resolved 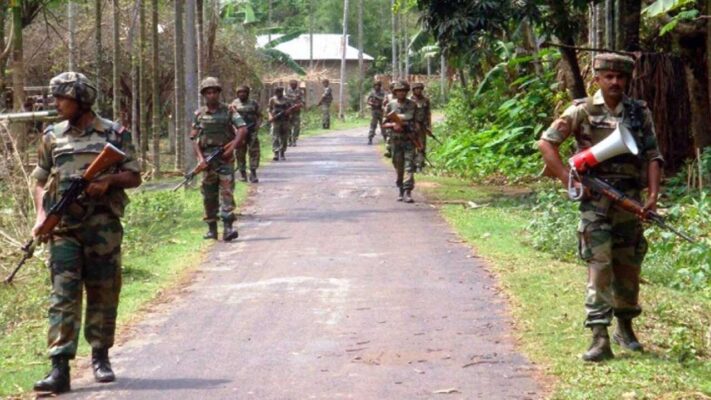 Mizoram, March 16: The border dispute between Mizoram and Assam is yet to be resolved, Mizoram home minister Lalchamliana told the State Assembly on Tuesday.

“The boundary dispute with Assam has not been resolved yet at the best interest of the Mizos,” the home minister said in written replies to questions of three opposition members from Congress and Zoram People’s Movement (ZPM).

The two neighbouring states could not reach a consensus on boundary issues to date, he said.

“The central government is making efforts to resolve the decades-old border disputes between Mizoram and Assam. However, it is not known when it will be resolved,” Lalchamliana said.

In pursuance of the Centre’s directive in July last year, the state government has already appointed a nodal officer for border issue, he said.

Earlier on March 3, Lalchamliana had also informed the state assembly that the State Cabinet in July 2019 had approved the demarcation notified in 1875 under the Bengal Eastern Frontier Regulation, 1873 as the actual boundary of Mizoram.

He had said the demarcation notified under the Bengal Eastern Frontier Regulation was used as a toposheet to assess the boundary between Mizoram and Assam.

The home minister claimed that there was a document that showed the erection of 46 border pillars along the boundary claimed by Mizoram as its actual boundary with Assam.

“The border pillars existed till 1884 as shown in the document. However, it is not known whether or not the pillars are still erected now,” he said.

There is no attempt to draw Mizoram’s political map based on the 1875 notification, he added.

The border dispute between the two neighbouring states is a long pending issue, which has been unresolved to date.

After a massive tussle in 2018, the border row resurfaced in August last year and in February this year, which have been defused after a series of parleys and with the intervention of the Centre.