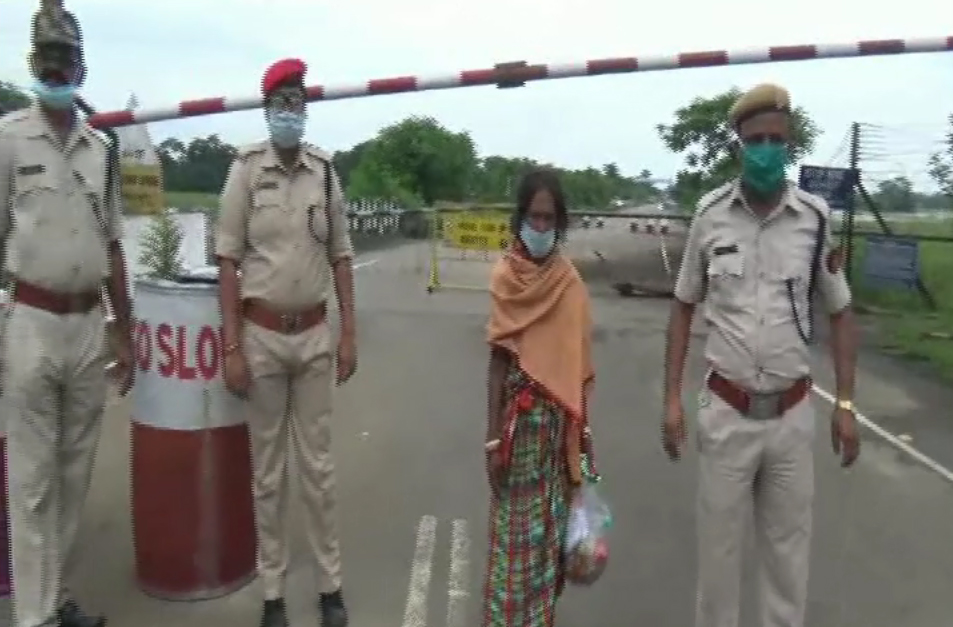 46-year-old Purabi Mahaldar who went missing from her home five years ago in Jessore district of Bangladesh was traced in Assam’s Cachar district and the Indian authority on Tuesday sent back her to Bangladesh through Sutarkandi International Border Point in Karimganj district along Ind-Bangladesh border.

The woman was traced by some locals in Cachar district a week before and handed over her to local police.

The woman was living a nomadic life in Cachar district by begging from people to survive and sleeping at roadside areas on the night.

The Cachar district administration informed Bangladesh Assistant High Commissioner at Guwahati and the Bangladesh government officials admitted that the woman was missing five years ago.

After completing all legal formalities, the Cachar and Karimganj district administration on Tuesday sent back the woman to Bangladesh through Sutarkandi International Border point.

A police official of Karimganj district said that, after completing legal procedures she was sent back to Bangladesh.

“The mentally ill woman was traced in Cachar district by some locals while she was roaming. The Bangladesh Assistant High Commissioner at Guwahati had also issued a travel pass for the woman,” the police official said.

Recently, Indian government sent back over 100 Bangladeshi nationals who stuck in Assam and other parts of North Eastern region due to COVID-19 lockdown.