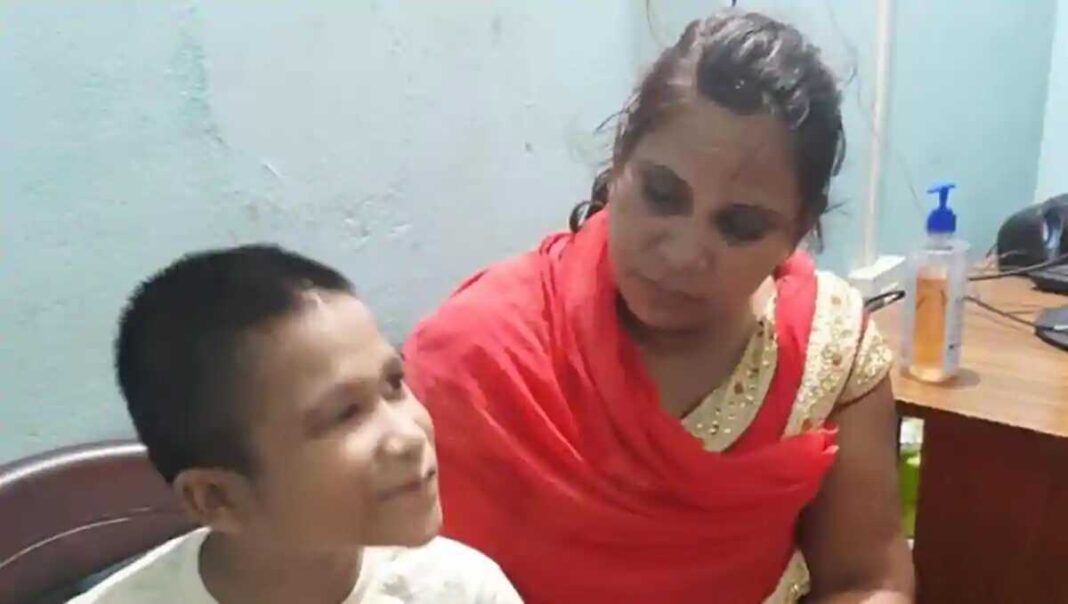 Guwahati, 12th October: After 5 years, a 13-year-old autistic boy who went missing from Uttar Pradesh, was traced at a child home in Assam, Guwahati, and reunited with his family members.

The boy was reunited with his family members after nearly 63 months at ‘Destination’ – a home for specially-abled children located at Kahilipara area in Guwahati on October 7 evening.

The missing boy Som Soni was traced with the help of facial recognition tool of Telangana police ‘Darpan’.

Som had gone missing from his home at Handia about 37 km from Prayagraj in Uttar Pradesh since July 14, 2015.

The missing boy was found by Goalpara police on July 23, 2015 and was sent to the Child Welfare Centre in Assam’s Goalpara district and they sheltered him.

Later the boy was handed over to ‘Destination’, Kahilipara.

Rupa Hazarika, founder of non-government organization Destination said that, it was an emotional scene and very good news for all of us that, Som finally reunited with his mother after five years.

“Police found Som at Bongaigaon in Assam in 2015 and he was produced before Goalpara Child Welfare Committee. Later Child Welfare Committee had handed over him to us. We came to know that, he may be from Uttar Pradesh side through his language. Later, we had contacted with different officials of Uttar Pradesh and Assam government to find out his parents, but we failed. In the meantime, we had started his rehabilitation programme,” Rupa Hazarika said.

“During the lockdown period, it was very difficult to hand over him to his family members. But On October 7, Som reunited with his mother after 5 years,” Rupa Hazarika said.

The founder of Destination said that, similar reunite incidents have also happened earlier at Destination.