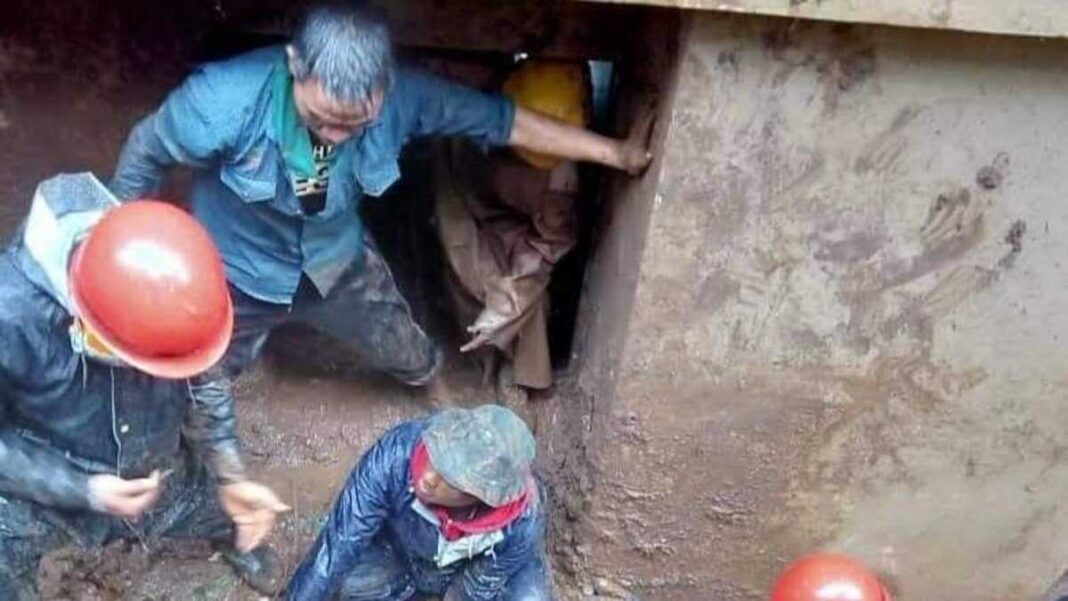 Guwahati, September 25: At least two people were killed in a massive landslide in Shillong on Thursday.

Two persons had lost their lives after they were buried under the debris following the landslide triggered by incessant rains in the past couple of days in Shillong.

The incident took place at police reserve in Shillong.

The deceased persons were identified as Sohibuton Marak and Silnang Marak.

A police official of East Khasi Hills district said that, police personnel and SDRF team had rushed to the spot and engaged in rescue operations, but when the team rescued the persons they had already breathed their last.

Meanwhile, the rescue team has evacuated nine families from the area to safer places.

The incessant rains have claimed eight lives in the state this month.

On Thursday, a wooden bridge at Dumnikura area in Meghalaya’s South Garo Hills was washed away by floodwaters.

Many rivers of Meghalaya are flowing above danger level mark following incessant rains in the last couple of days.

The bridge is located about 40 km from Baghmara and it is between Tura-Baghmara connecting road.

The Tura-Baghmara connecting road via Dalu has now completely cut off after the bridge was washed away by floodwaters.