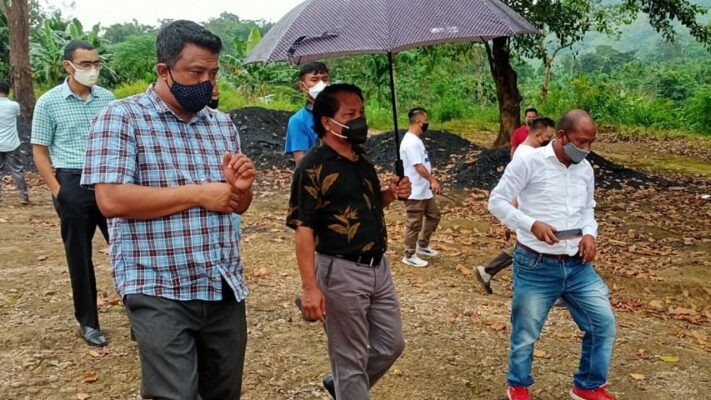 Meghalaya, Feb 2: The Meghalaya Government has directed the Mining and Geology department to start with the auction of the 2 lakh metric tonnes (MT) of coal.

“I am sure within few weeks, we will start the auctioning process,” Deputy Chief Minister Prestone Tynsong said.

He further added that the Government would need to furnish all the papers for the auctioning of the coal before the committee of the National Green Tribunal (NGT).

“We will go ahead with the open auctioning of the coal once the committee of the NGT approves the method and policy of the auction,” Tynsong added.

The NGT committee headed by Justice B. D Agarwal had asked the state government to speed up the exercise following his meeting with the Principal Chief Conservator of Forest in Shillong recently.

The transportation of coal for auction from the mines to designated depots had started in East Jaintia Hills, West Khasi Hills, and South Garo Hills districts Meghalaya.

The Deputy Chief Minister also pointed out that bringing in coal from different locations to the depots and unloading and stacking them is time-consuming.

A weighbridge is being constructed for the South West Khasi Hills coal depots, he added.

Also Read: NGT initiates the process of e-auctioning of extracted coal in Meghalaya

The government had notified 11 coal depots across the state, but only five would be used for the first phase of the auction.