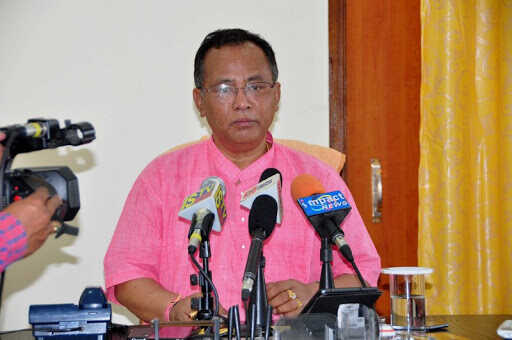 This campaign has been launched with the objective of creating awareness about the COVID-19 situation in the state.

Representatives of eight clubs and members of various other organizations, from the Keishamthong Assembly Constituency, attended the ‘Ayush Intervention’ campaign maintaining all social distancing norms. As a part of governmental protocols, the common public wasn’t allowed to take part in the launch. Instead, the clubs attended as a medium for the people.

Jayantakumar, Health Minister of Manipur, in his address repeatedly stressed on the importance of self precautionary measures that should be taken to fight this virus. He also mentioned that keeping the surroundings clean and following proper sanitization is an important way to keep the virus at bay.

Decades back the AYUSH systems of medicine were limited to their own field with few exceptions in some states as health in India is a state issue. This took a reverse turn after the initiation of National Rural Health Mission (NRHM) in 2005 by the Centre which brought the concept of “Mainstreaming of AYUSH and Revitalization of Local Health Traditions” utilizing the untapped AYUSH workforces, therapeutics and principles for the management of community health problems.

The Ayush Intervention is aiming to reach every part of the State, covering a maximum number of people. Ayurvedic immunity boosters like Ayush Immunity Plus, ARS, Album-30, Chyawanprash etc. were distributed at the camp along with face masks and hand sanitizers.

Jayantakumar further pointed out that, building up our body’s immunity is the most important thing that has to be done to fight off the viral disease. A nutritious diet and proper exercise is what he suggests.