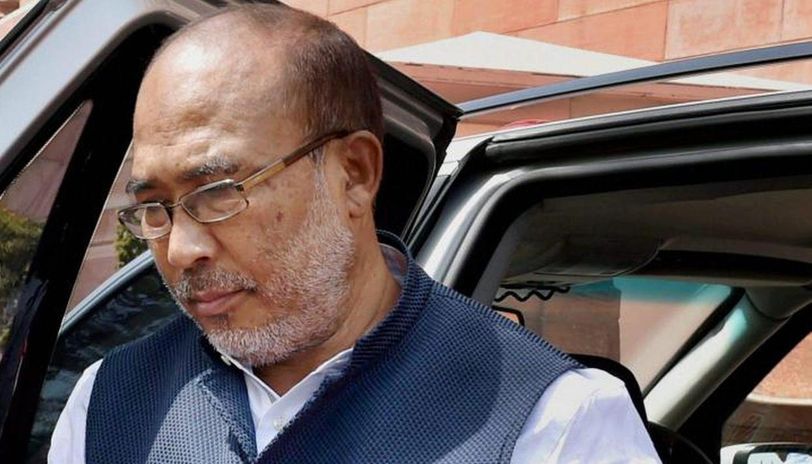 In what can be referred to as a highly dramatic political turmoil in Manipur, four BJP ministers have headed for the national capital to meet the BJP high command to resolve issues on growing dissent within the party. N. Biren Singh may face stiff opposition within party according to sources.

According to sources, the four ministers are likely to raise issues of disenchantment among party legislators over the continuation of N. Biren as the Chief Minister. Poor policies and giving more weightage to Congress defectors above his party MLAs, as well as the allegation of CM’s family members interfering in the administration, are the main causes behind the growing discontentment among the party members. They would also be urging the central party leadership to visit the state and resolve the issue of dissenting voices within the party at the earliest, informed top sources.

The decision to convey the message of dissent among the party members and ousting N. Biren Singh of power was taken at a meeting attended by the four ministers besides six other party MLAs on Thursday evening. The four Manipur ministers will meet BJP president JP Nadda and General Secretary BL Santosh and apply to their demand with signatures of as many numbers of party MLAs as possible.

A lot of speculations have been going on in the state since former Additional Superintendent of Police and presently a Manipur state Police Officer Thounaojam Brinda had submitted an affidavit to the Imphal High Court, alleging constant pressure on her department and her by the Chief Minister to drop the drug busting case she had seized in 2018. She had also accused the judge hearing the bail of the accused drug kingpin Lhukhosei Zou of lowering the dignity of the court.

The accused Lhukhosei Zou was the right-hand man of the Chief Minister’s wife Olice, or so Brinda mentioned in her affidavit. Zou was the Chairman of the Autonomous District Council before joining the BJP.

Brinda had alleged the Chief Minister and another senior BJP leader of putting constant pressure on her to release Zou as his wife and he was unhappy with the arrest.

Zou was arrested in June 2018 and got bail early in 2019. However, after a failed attempt to flee to Myanmar he surrendered before the police once again.

Before leaving the airport, Works Minister Thongam Biswajit Singh said, “We have already submitted our directives but I cannot reveal what they are. You will come to know maybe after 1 or 2 days.“

Former Congress Chief Minister of Manipur, Ibobi Singh had asked for the resignation of N. Biren Singh on moral grounds if proved guilty. Biren Singh, on the other hand, has warned of taking legal actions against the lady cop for charges of involvement in the drug case against him.

The Manipur state cabinet consists of 12 ministers, 4 from NPP, 1 from LJP, 2 from NPF remaining 5 including Chief Minister N. Biren Singh from BJP.