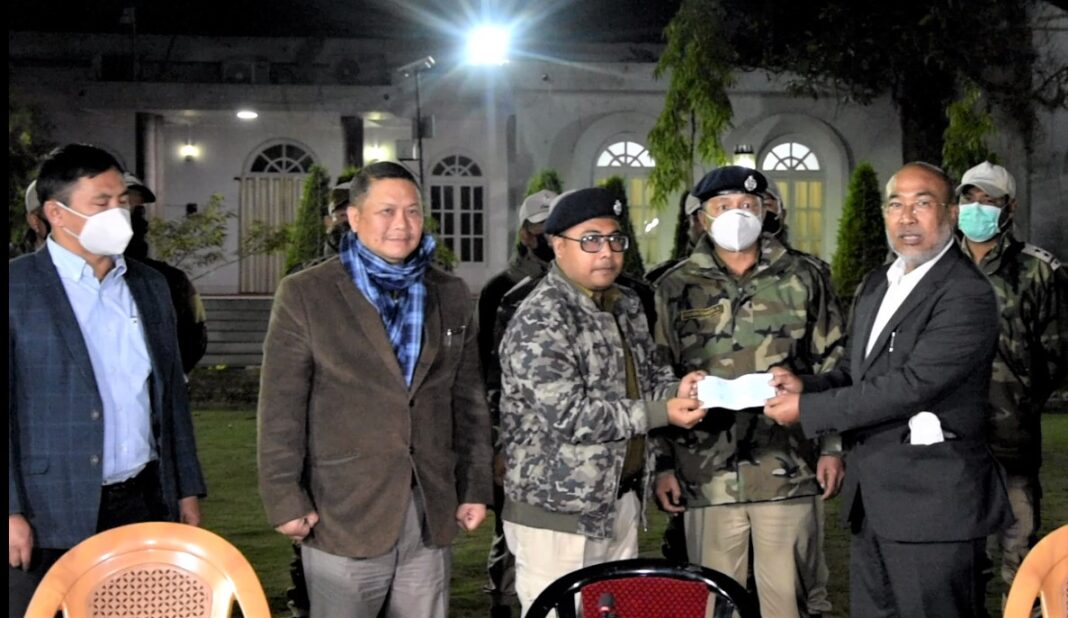 Manipur Police said they were kidnapped by the suspected KNLA militants on February 7. The police commandos launched a rescue operation after a complaint was lodged at the Thoubal Dam Police Station yesterday.

They have been engaged in the construction of a bridge at Laikhong village near Nongpok Keithelmanbi under the PMGSY scheme.

Cadres of the Kuki National Liberation Army (KNLA) are suspected to have been behind the abduction.

The workers were rescued unharmed from a hill range between Boljang and New Boljang villages under the Thoubal Dam Police Station after the encounter that lasted nearly two hours.

There was no report of casualty on either side in the exchange of fire between the police and the abductors.

Quoting the rescued labourers, the police said that they were kidnapped from the makeshift camp where they were staying, for ransom.

One AK-56 assault rifle was recovered at the end of the rescue operation, the police said.

Biren Singh also announced that commendation certificates would be given to all the police personnel and officers who took part in the day’s operation.