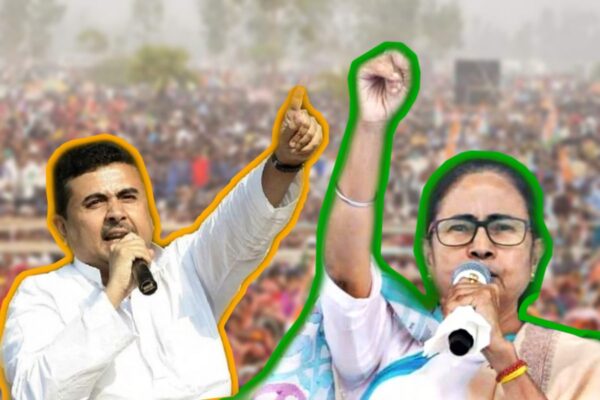 Bengal, March 4: West Bengal Chief Minister Mamata Banerjee will most likely be challenged by Suvendu Adhikari in the Nandigram seat in the upcoming assembly elections, the source said.

Adhikari joined the Bharatiya Janata Party (BJP) in December 2020. Adhikari, until recently, was believed to be a close aide of the West Bengal CM.

West Bengal BJP has shortlisted on an average of 4-5 names per seat for the initial two phases of polling in the state starting March 27 and the list of candidates for those phases will be finalized on March 4, said Dilip Ghosh, president of the party’s state unit.

Polling will be held in 30 seats each on March 27 and April 1. One of the constituencies going to polls in the second phase is Nandigram from where Trinamool Congress supremo and CM Banerjee are scheduled to contest.

As the BJP prepares to draw up a list of the candidates for the two phases of the assembly polls, Ghosh has said that Adhikari is likely to contest against Mamata Banerjee from the Nandigram constituency, which is voting in the second phase of the state elections reported News18.

According to the report, after attending a BJP election committee meeting, Ghosh said that Adhikari’s name featured in the list of possible candidates from Nandigram.

The party’s Central Election Committee (CEC) makes the decision of who will contest from which constituency will meet in New Delhi on March 4 to finalize the candidates’ list for 60 seats.

Elections in West Bengal, believed to be a tough contest between the TMC and the BJP, will be held in eight phases between March 27 and April 29. Votes will be counted on May 2.

According to state BJP sources, the party has decided to field many young faces and professionals during its recent two-day core committee meeting.

After having a limited presence in the politically polarised state for decades, the BJP has emerged as the ruling TMCs main rival by winning 18 of the 42 Lok Sabha seats in West Bengal in the 2019 general elections.

With the BJP’s strength increasing in the state in the last few years, its leaders are upbeat that the party will end Mamata Banerjee’s 10-year rule in the assembly polls.