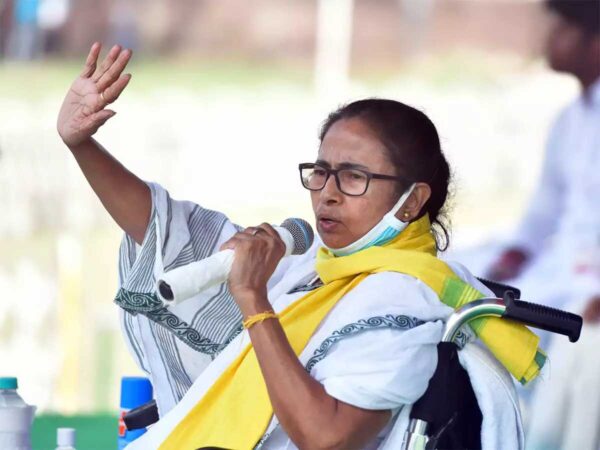 Bengal, April 9: The Election Commission (EC) has issued a second notice to Bengal CM and TMC supremo Mamata Banerjee asking her to explain her remarks on the central forces manning polling booths in the Bengal elections.

The EC notice has asked Mamata Banerjee to explain the statements made on March 28 and April 7 on the central forces. Mamata Banerjee has been asked to reply by April 10.

This is the second such notice issued to Mamata Banerjee by the Election Commission.

Mamata Banerjee had on Thursday said the Election commission may serve 10 notices, but that won’t change her stance.

She also sought to know why no complaint has been registered against Prime Minister Narendra Modi, alleging that he often makes references to Hindu and Muslim vote banks while delivering speeches.

Also Read: PM Modi is a liar, taunts her at meetings: Mamata Banerjee

EC had on Wednesday issued a notice to Mamata Banerjee for violating the model code of conduct, after she allegedly urged the Muslim community to vote en block for the TMC at a public meeting in Tarakeshwar.

The Election Commission in its latest notice to Mamata Banerjee has said her “false, provocative statements” “berate and vilify” the central forces and “are causing extreme demoralization among the ranks and files of the forces“.

“I have respect for the central paramilitary forces, but they are working on instructions from Delhi. They are committing atrocities on villagers before polling day, some of them are even harassing women. They are asking people to vote for BJP. We will not allow this to continue,” the TMC supremo said.