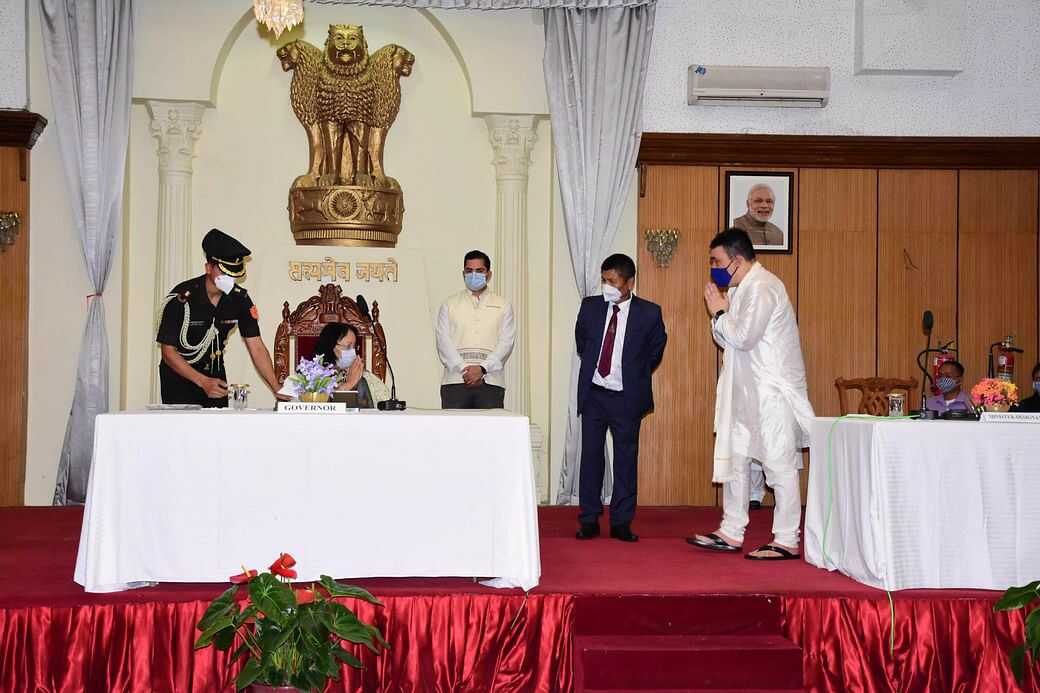 Manipur, September 27: In an important development in the state, the proposal of dropping 6 cabinet ministers have been accepted by Manipur governor Najma Heptulla earlier this week on Thursday. This comes at a time when the state is just ahead of the by-election process.

Just before the dropping of the 6 ministers, 5 new ministers were inducted within the government. 2 of them were former Congress MLAs who have now joined the BJP. While 1 place has been left open.

The Manipur Governor Najma Heptulla administer the oath at Raj Bhawan on Thursday evening & attended by Manipur Chief Minister N. Biren along with some BJP leader.

Following the proposal, the governor announced acceptance of it in a statement.

The talk of a possible reshuffle flooded social media to the extent of naming a handful of MLAs who were possible contenders for ministerial berth. O. Henry Singh, former MLA of Wangkhei, O. Likhoi, former MLA of Wangoi, Vunzangin Valte, sitting MLA of Thanlon and T.H. Yaiskul, MLA of Satyabrata were among the contenders.