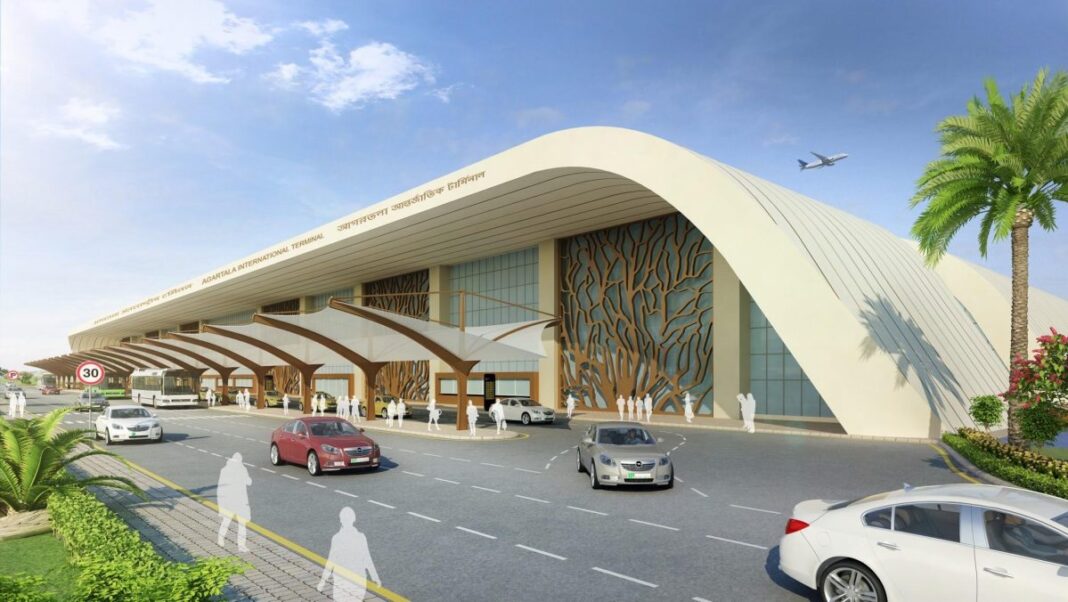 Tripura, 11th November: Airport Authority of India (AAI) said that the new terminal of Maharaja Bir Bikram Airport in Agartala will be ready in early 2021.

The airport is all set to get a new integrated terminal building, with a capacity to cater to three million passengers annually.

90 per cent of the work on the project has already been completed, and the remaining works should not take more than a couple of months.

Advanced Intelligent Building Management Systems have been used to optimize the consumption of energy at the new terminal. With a built-up area of 30,000 sq meters, the new terminal building of the airport has been designed to handle 1,000 domestic and 200 international passengers during peak hours.

The new building of the airport is being built at an estimated cost of Rs 438 crore. The new terminal of the airport in Agartala will have 20 check-in counters, four-passenger boarding bridges, conveyor belts, and passenger-friendly modern facilities and amenities.

The development work also includes the construction of the apron with the capacity to park six aircraft at a time.