Guwahati, May 2: Liquor shops to open in green zones in Assam. Just a day after the center extended the nationwide lockdown for another two weeks, the Assam government on Saturday has allowed for opening liquor shops in the green zones across the state.

The state Excise department on Saturday issued an order and directed all districts Deputy Commissioners (DCs) to allow the opening of wholesale vends of IMFL, Country Spirit, and IMFL ‘OFF’, Country Spirit ‘OFF’ in green zones. 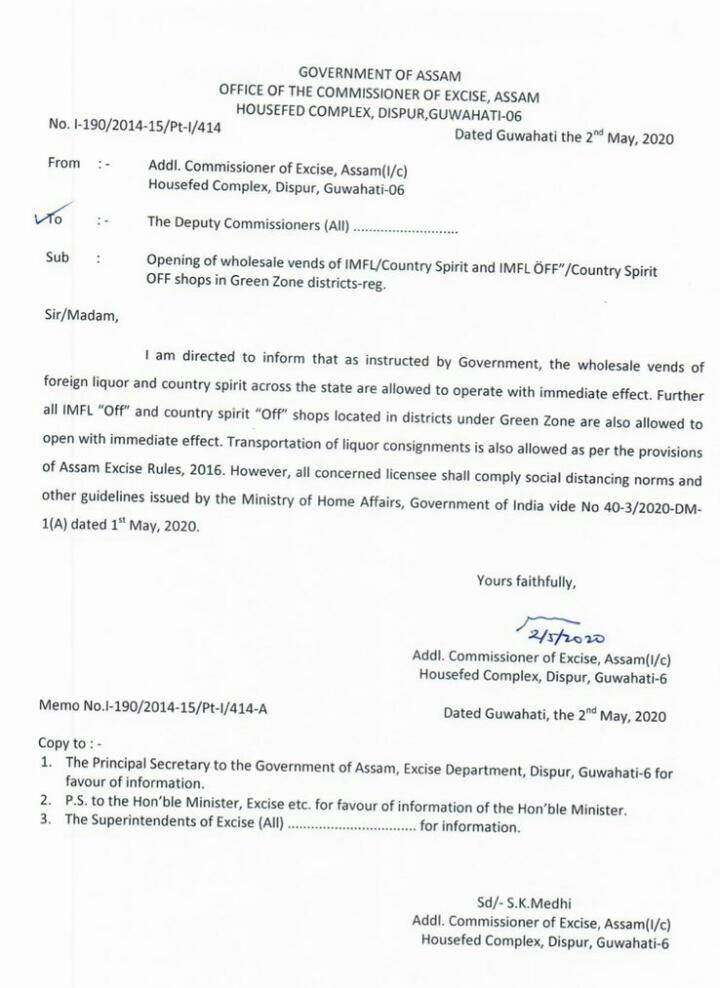 “The wholesale vends of foreign liquor and country spirit across the state are allowed to operate with immediate effect. Further all IMFL ‘Off’ and country spirit Off shops located in districts under Green Zone are also allowed to open with immediate effect. Transportation of liquor consignments is also allowed as per the provisions of Assam Excise Rules, 2016. However, all concerned licensee shall comply with social distancing norms and other guidelines issued by the Ministry of Home Affairs, Government of India vide No 40-3/2020-DM-1(A) dated 1st May, 2020,” the state Excise department order copy stated.

Liquor shops have been allowed open from 11 am to 5 pm on permitted days.

Many people queued up in front of wine shops to purchase liquor bottles after the Assam government allowed for opening liquor shops in green zones.

Earlier, the state government had allowed open liquor shops in the state on April 13 and the order was canceled the next day after many social distancing violation incidents were reported in the state.