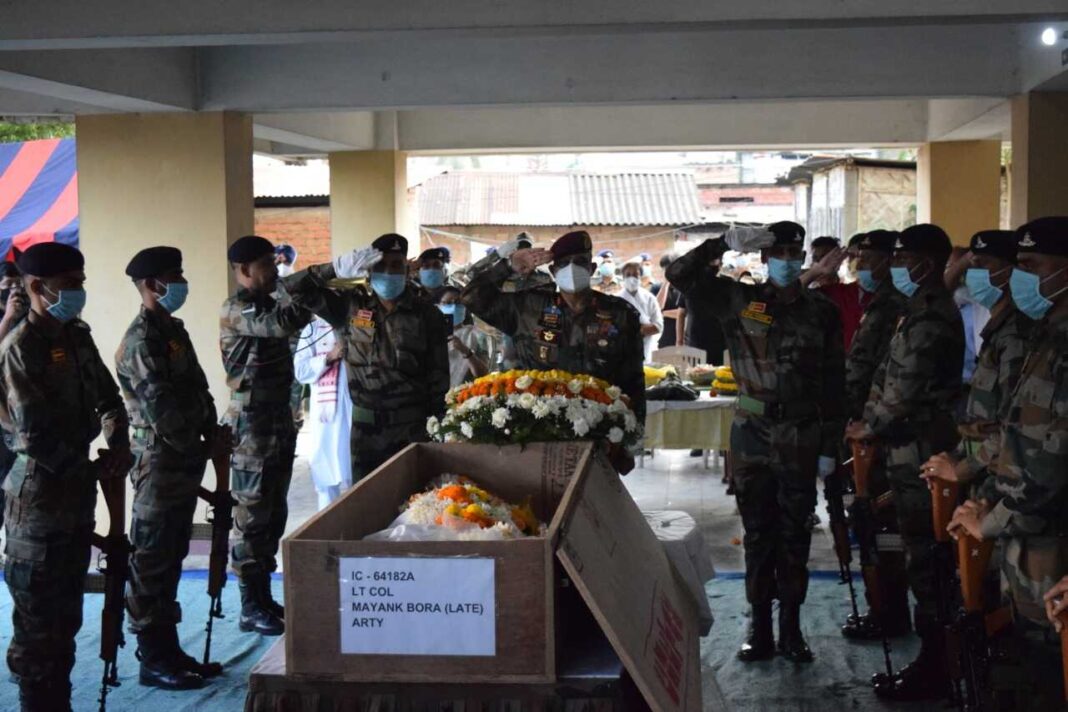 Assam, September 28: Last rite of Lt Col Mayank Bora, a serving Indian Army Officer who expired on September 26 at Bareilly in Uttar Pradesh, was performed at his residence at Panjabari in Guwahati with full Military Honour. 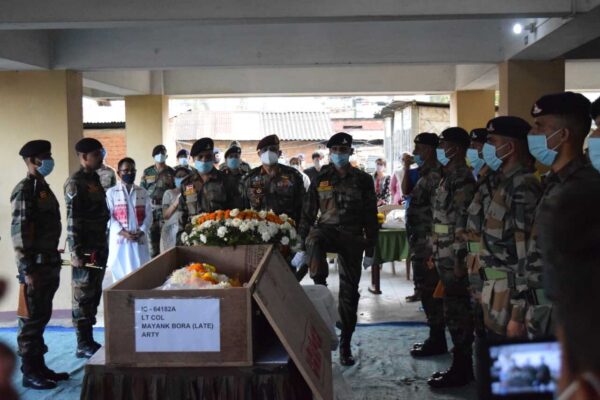 The mortal remains were brought from Delhi via flight and received at the Gopinath Bordoloi International Airport by the Army.

The Mortal remain was then brought to his residence in Panjabari, Six Mile where the Army paid befitting tributes to the officer. 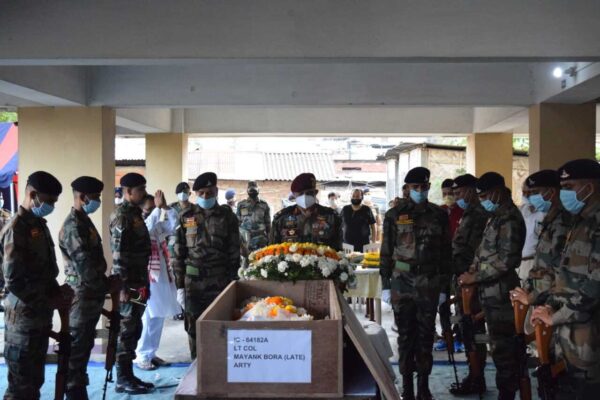 Veterans from the state also paid tributes to the Officer. Lt Col Mayank Bora is the son of Col Beren Kumar Bora (Retd).

He left behind his wife Mrs Ankita Bora and Daughter Drishi Bora. After the rite wreath Laying ceremony, it was taken to Navagraha Crematorium in Chandmari for his final journey and was finally consigned to flame with full Military honour in presence of family members, relatives, and large crowd. 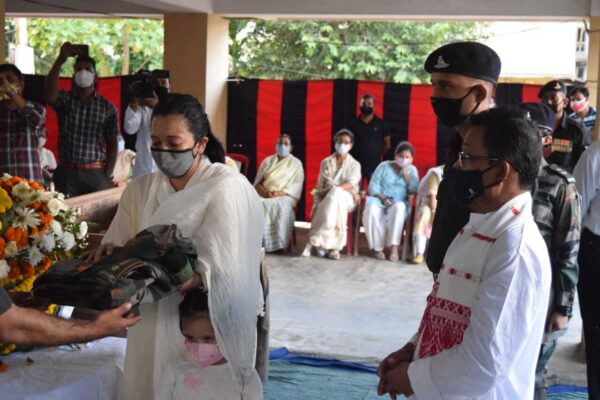