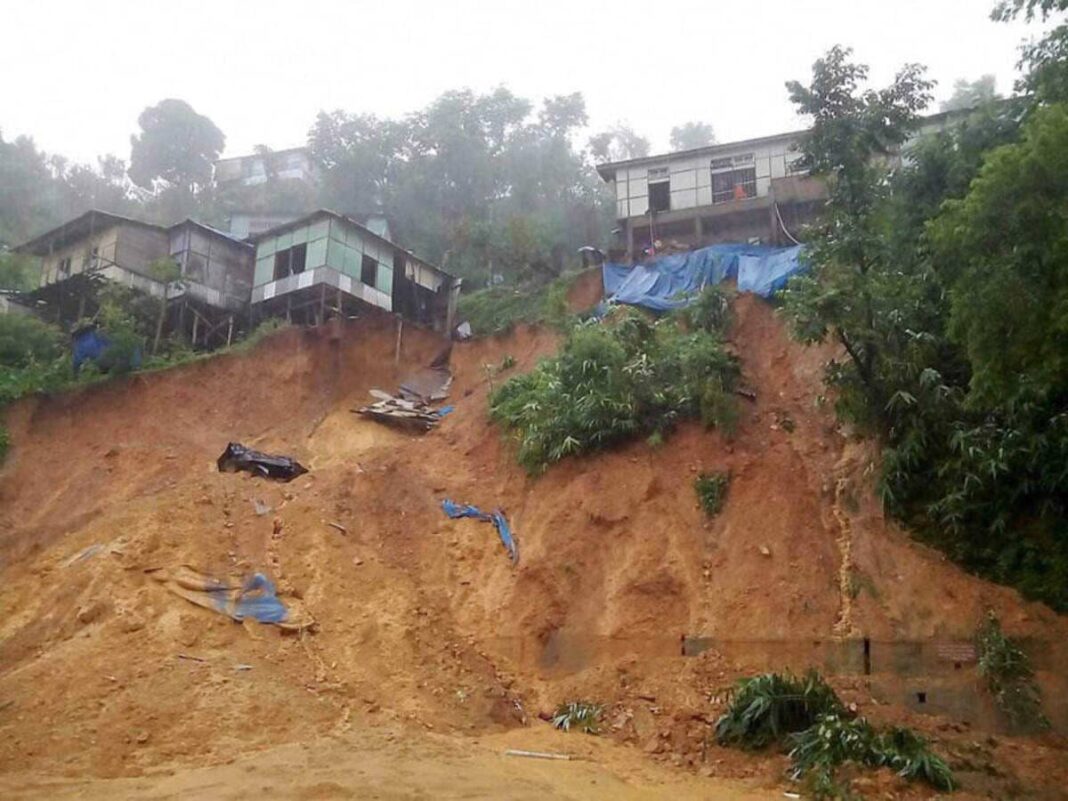 Aizawl, 7th October: Rain caused a massive landslide which swept away two buildings, one bus and car at Aizawl Zemabawk locality, police said. It lies on the northeastern outskirts of the capital of Mizoram on Tuesday.

No casualty has been reported in the incident. According to police, the incident occurred around 3:30 pm on Tuesday when the already landslide-hit area slid again sweeping away a three-storey concrete building and an Assam Type building, both already emptied.

They continued by saying that an empty bus and a car have also been swept away and one building collapsed due to the landslide inn Aizawl. Many families, who resided at the area, were evacuated to safer places, they said.

Zemabawk falls under Aizawl East-I constituency where chief minister Zoramthanga was elected. Zoramthanga and disaster management and rehabilitation minister, Lalchamliana visited the site on Tuesday evening and held a meeting with local leaders.

The chief minister said that rehabilitation will be provided to the victim families as per the existing laws.