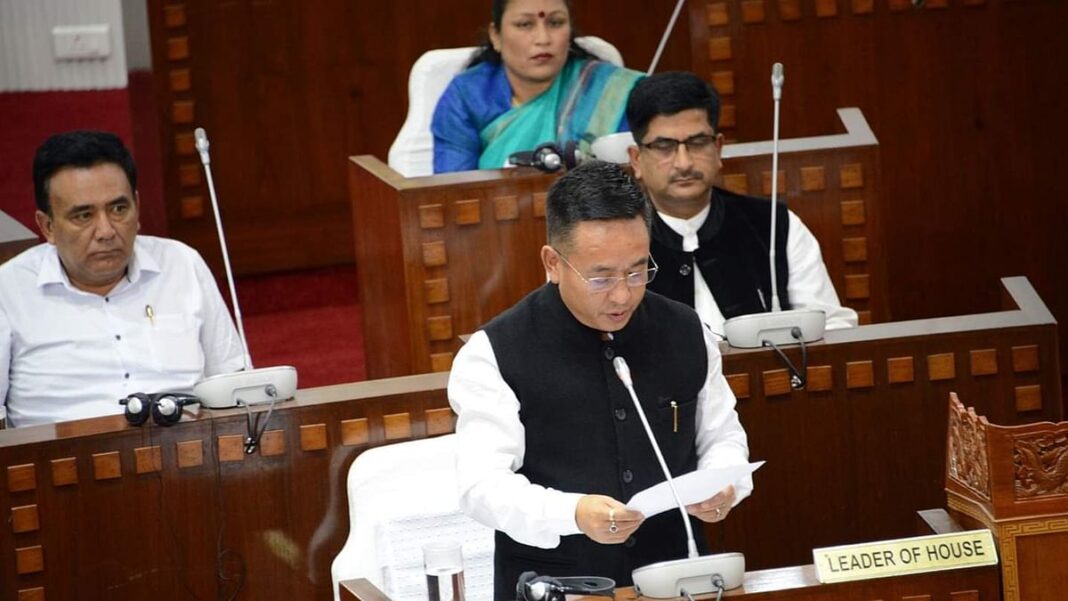 Sikkim, Jan 12: The Fourth Session of the Tenth Assembly of Sikkim Legislative Assembly was passed the key bills.

The statement of objects and reasons of the Sikkim Panchayat (Amendment) Bill, 2021 is to bring in parity the function of the Gram Panchayat in special circumstances of emergencies, wherein powers are vested in the Administrative Heads to coordinate and take decisions for grant and sanction of benefits to the beneficiaries selected by the Committee.

Whereas the statement and objects and reasons for the Sikkim Industries Licensing (Amendment) Bill, 2021 states that it is felt expedient to amend the Sikkim Industries Licensing Act, 1982 to enhance the amount of license fee as per the investment of the Industrial units in their plant and machinery in the interest of the industrial development of the State.

Chief Minister PS Golay, also the Minister-in-Charge of the Finance Department, presented the second supplementary demands for grants relating to the Financial Year 2020-21.

The second supplementary demands for grants for 2020-21 includes 15 grants, which includes a gross additional expenditure of Rs 50,347.07 lakh comprising Rs 15,772.03 lakh on Revenue Account and Rs 34,575.04 lakh on Capital Account. This was put to vote and was passed by the House.

Likewise, the Sikkim Appropriation Bill of 2021 for the second supplementary demands for the financial year 2021 was also introduced and was passed by the House.

The House also adopted the Government Resolution seeking inclusion of remaining left out communities of Sikkim as Scheduled Tribe, which was proposed by Minister for Social Justice & Welfare Department Dr. M. K. Sharma.

The Resolution was seconded by member Sonam T. Venchungpa, where he stated that the resolution reflected the inclusiveness, sincerity and commitment of the Government towards the people of Sikkim.