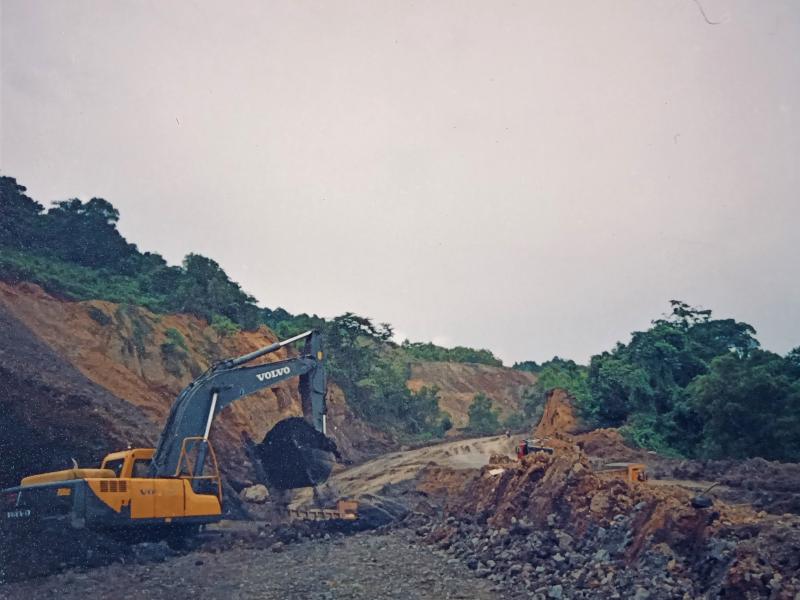 Guwahati, July 19: Assam government has constituted a one-man commission to probe into the allegations made against coal mining at Dehing Patkai Wildlife Sanctuary.

Several PILs were filed at Gauhati High Court in which allegations were raised on legal and illegal mining of coal at the Wildlife Sanctuary.

Dehing Patkai also known as Amazon of North East and it covers an area of 111.942 sq km which is spread over Dibrugarh and Tinsukia districts. 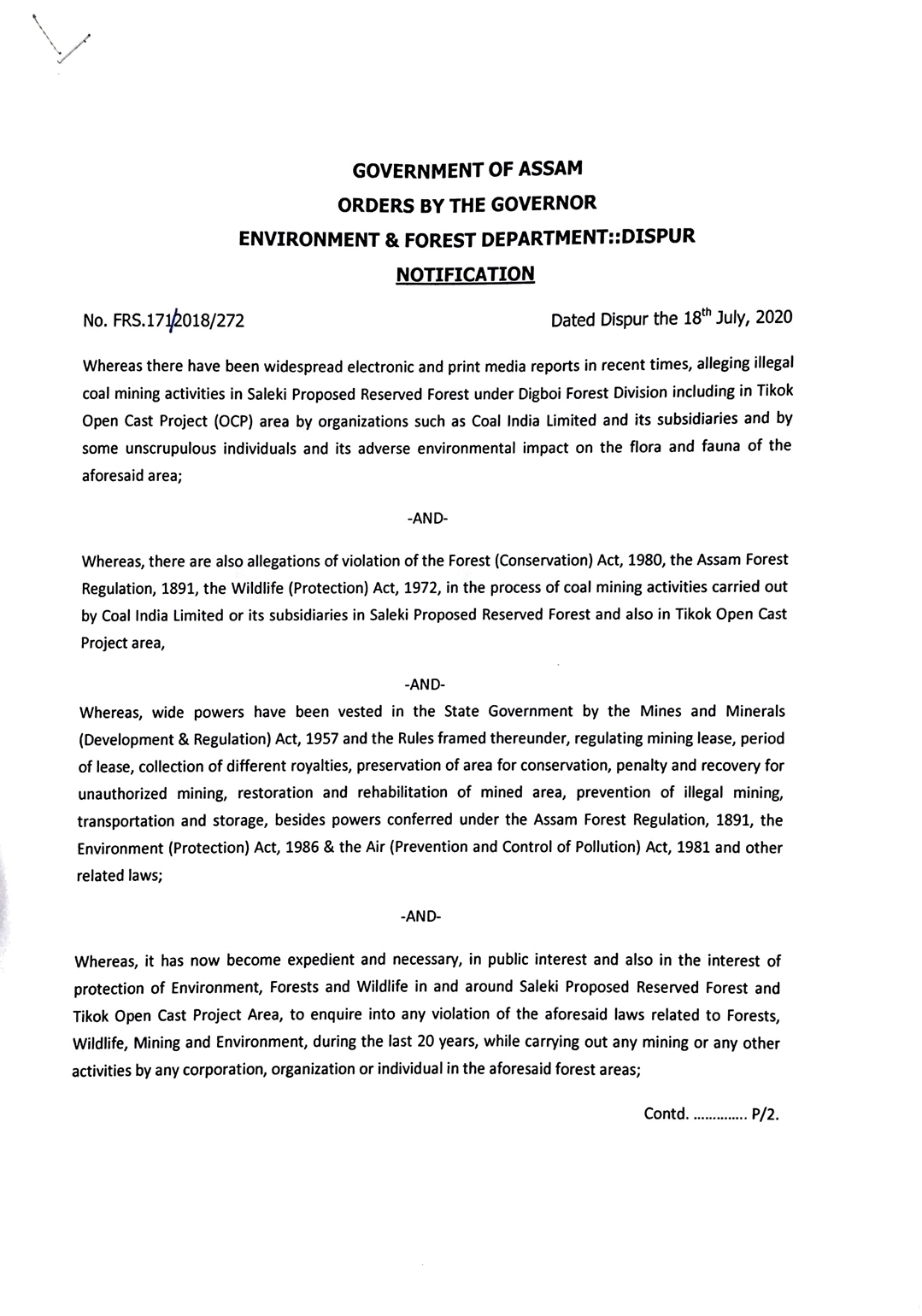 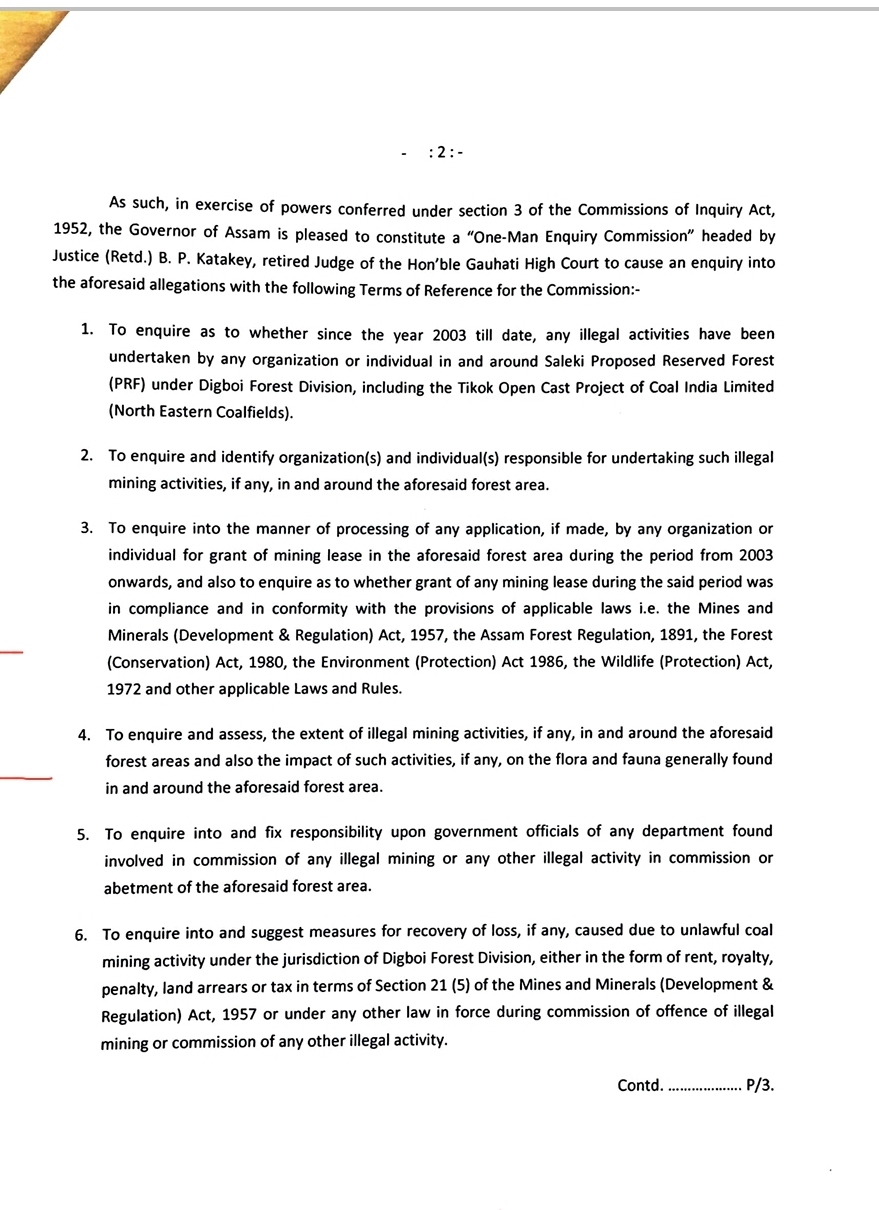 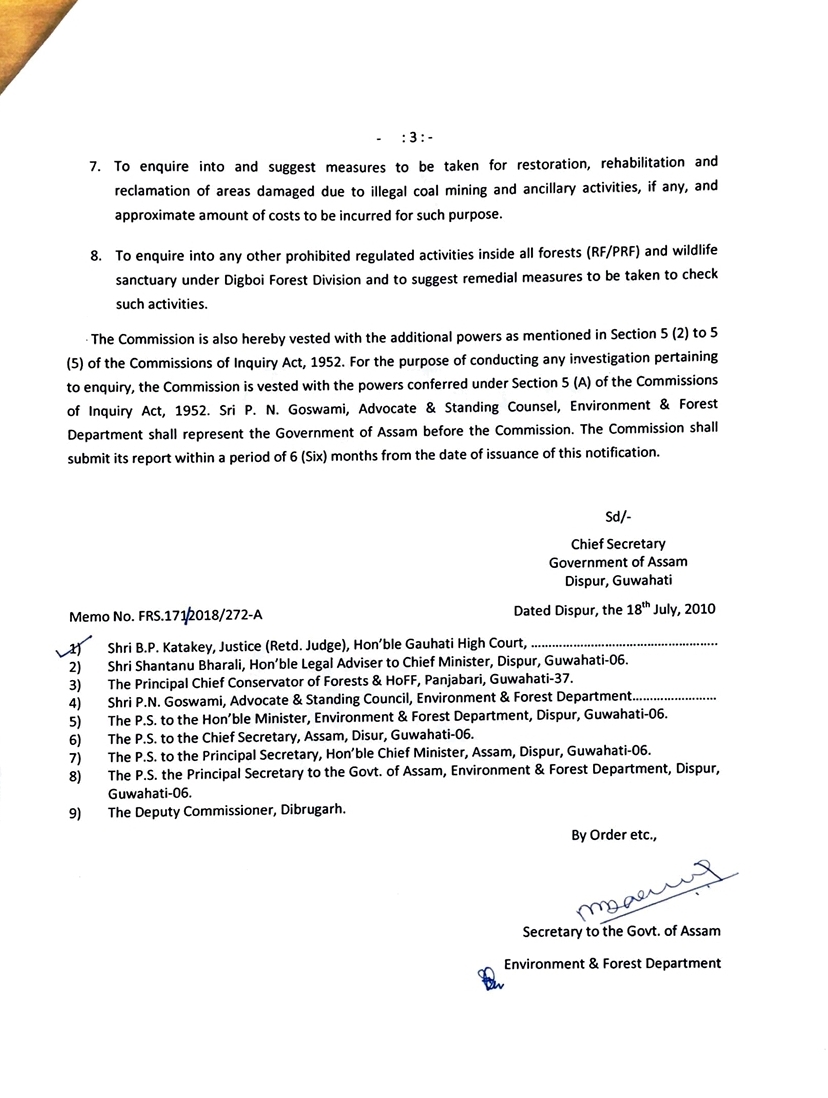 Assam Chief Minister Sonowal entrusted retired Justice Brajendra Prasad Kataki with the responsibility to investigate the allegations against coal mining in the sanctuary since 2003.

Retired Justice Kataki is also engaged by National Green Tribunal to inquire into the gas well fire incident of OIL at Baghjan in Tinsukia district and he is presently serving as Chairman of Police Accountability Commission.