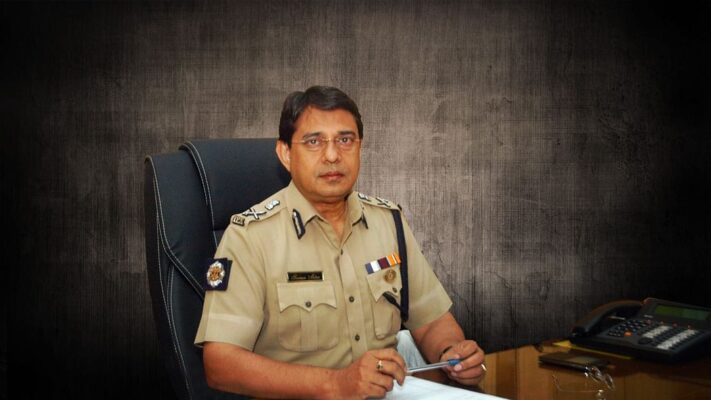 Anuj Sharma, a 1991 batch IPS officer, has been the Commissioner of Kolkata Police for so long.  As per the rules before the election, the state government started transferring those who had been in the same post for more than three years. After the transfer of various lower-level officers, the state government finally transferred the post of Commissioner of Police in Kolkata.

Anuj Sharma, who is known to be quite trusted by the Chief Minister, was sent to the post of ADG CID.  In his place, Soumen Mitra, a 1988-batch IPS of the state police, was brought to the top of the Kolkata police. Incidentally, even before the state assembly elections in 2016, Rajeev Kumar was removed and this Soumen Mitra was made the Commissioner of Kolkata Police.

Soumen Mitra entered Lal Bazar the headquarter of Kolkata Police around noon on Monday.  Anuj Sharma congratulated him with a flower bucket.  At the same time, he handed over the responsibility to the Calcutta Police.

Soumen Mitra, the new commissioner said, he would do whatever he needs to keep the city of Kolkata safer and more secure.  He also told reporters that the city would be kept peaceful before the elections and more attention would be paid to the safety of women and children.